At Least 15 People Paid $99.99 for the ‘Golden Jay’ Sticker within Snoopify

A while back Snoop Dogg (Lion) released his own iOS app called Snoopify to allow anyone to look more like the veteran rapper, via a variety of themed stickers in the app.

A recent app update at the end of July added a $99.99 in-app purchase known as the ‘Golden Jay’, a flashy gold joint described as “Dis is too much to handle!” 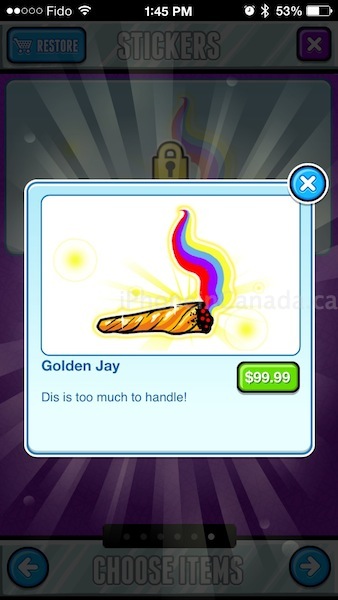 In an interview with Evelyn Rusli from the Wall Street Journal, Nick Adler, Snoop Dogg’s brand manager revealed the premium sticker was added last minute on a whim and was “shocked” to discover $1,500 was made after it was released–meaning at least 15 people shelled out a hundred bucks for a digital sticker.

Adler says “this is a new world” when it comes to digital commerce and refrained to describe what a Golden Jay was, other than to say “There’s no poetry behind it, it’s just golden.”

Would you ever pay $99.99 for the Golden Jay? The fact people decided to shell out this amount of money for a digital sticker shows us humanity is doomed, right?

Apple reportedly wants an easy way for people to build augmented reality apps, that might even be assisted by the company’s Siri voice assistant, reports The Information. Unnamed sources say Apple plans to let Siri build an AR app when asked through its upcoming mixed-reality headset. These apps would then be able to submit to […]
Gary Ng
6 mins ago