ATB Financial announced a Messenger Chatbot was coming back in February, and today it has finally launched, in what the financial institution is calling the “world’s first full-featured virtual banking assistant on Facebook Messenger.” 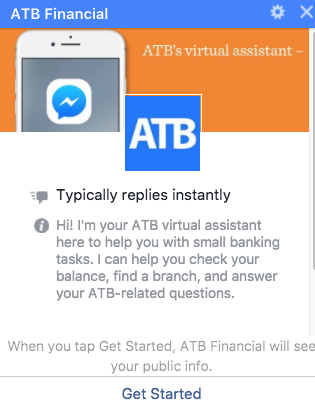 “At ATB we’re innovating at the forefront of robotics, AI, biometrics and blockchain, and we’re so excited to bring conversational commerce to all our personal banking customers. It’s one more way we’re delivering on our commitment to really make banking work for people,” says ATB Chief Transformation Officer Wellington Holbrook, in an issued statement to iPhone in Canada.