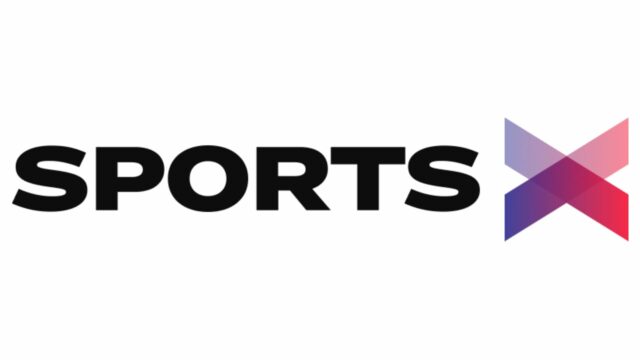 SportsX was officially unveiled to select media prior to a wider announcement. AWS and MLSE state that the R&D program aims to explore three “focus areas.” The first is to create extraordinary fan experiences. The second pillar looks at giving teams a winning edge. Finally, the two companies hope to create a more positive social and environmental impact.

In order to do that, AWS and MLSE will be using SportsX to capture, analyze, and build out the “best ideas from key stakeholders, which include coaches, fans, partners, and employees.” The company states that chosen ideas will be evaluated for viability. Following this, each is to be developed and tested within the MLSE environment in order to better the sports industry.

“We’re thrilled to announce SportsX, a new incubator in collaboration with AWS rooted in research, applied sciences and product development,” said Humza Teherany, Chief Technology Officer at MLSE.“ The program is an extension of our ongoing work with AWS and combines the expertise from both of our organizations with ideas shared by our passionate fans, to create a powerhouse in sports innovation.” 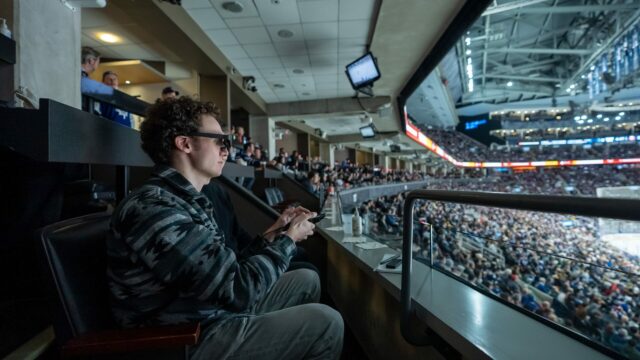 As part of the media preview, iPhone in Canada was able to test the new NHL Extended Reality Stats Overlay experience. Harnessing AR technology and 5G connectivity, this program is able to provide real-time stats and other interactive elements to fans wearing a headset. Using a smartphone interface, fans can select to highlight an entire team. This is made possible thanks to NHL Edge, the League’s Puck and Player tracking technology.

For instance, during a recent game between the Toronto Maple Leafs and the New York Islanders, I was able to sit with the headset on, tethered only by a single cord to a Rogers 5G-powered smartphone. Here, I could select the Leafs, and see the names and player numbers follow everyone on the ice. Alternatively, I could select to see individual players. Here, the AR interface would highlight specific stats on the top of the glasses ie: speed and distance travelled. Additionally, this experience offers a neat target practice mini-game that not only serves as a calibration tool but eases users into the idea of using AR technology and its experiences. Plus, there’s an additive mode where fans can see an AR version of Carlton the Bear emerge from the ice with virtual fireworks in a grand spectacle.

This SportsX experience lays a great foundation for an immersive fan experience for both NHL fans and new and old. The technology is being harnessed via sensors built into the jerseys of each player and relayed in real-time using AWS’ Multi-access Edge Compute (MEC) infrastructure. NHL Edge is already deployed in all 32 NHL arenas and is being used across all NHL games.

“Just as AWS is democratizing technology by giving businesses of all sizes access to the same cloud and AI solutions, SportsX is levelling the playing field in sports innovation,” said Eric Gales, country manager AWS Canada. “MLSE and AWS are now giving anyone, from couch coaches to tech-savvy superfans, the opportunity to take their amazing idea, and transform the sport they love.” 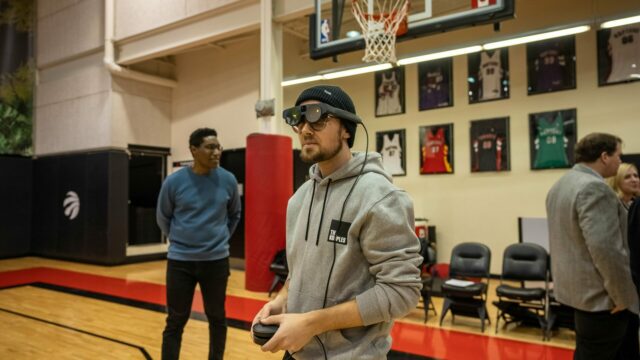 On the basketball side, SportsX is helping AWS and MLSE develop its Immersive Basketball Experience (IBX). During our preview, I got a chance to see it on both Meta Quest 2 as well as Magic Leap. SportsX is designing a mixed-reality experience where fans can experience a new way of watching a game unfold. The IBX combines optical tracking with a gaming development engine to render 3D models of players on a court. Still in early development, IBX can provide a unique perspective where players can walk around an environment, and put themselves right on the court or in the coach’s position.

In an ideal sense, SportsX aims to take a sample of a basketball game, process it and create a 3D render of the data that runs at a smooth 60FPS or more. The Optical Tracking Data (OTD) uses computer vision in order to capture human movement and identify the X, Y, and Z positions of each joint and limb. This technology aims to recreate those movements in the most accurate way to create an immersive experience for the fan. The full-scale solution of IBX will be powered by AWS and utilize MEC much like the NHL Extended Reality Stats Overlay.

AWS and MLSE have been building a deeper partnership over the course of the past year. In 2022, it was revealed that MLSE would be utilizing AWS to improve its analysis. For instance, Amazon Rekognition is being used to automate image and video analysis while Amazon Kinesis features the ability to collect, process, and analyze video streams in real time. These innovations are being used across Toronto’s beloved franchises like Toronto Maple Leafs, Toronto Raptors, Toronto Football Club (FC), and Toronto Argonauts.