Effective August 16th, 2021 at 5 p.m. PST, the prices for the Backblaze Computer Backup service for new purchases as well as for renewals are increasing. 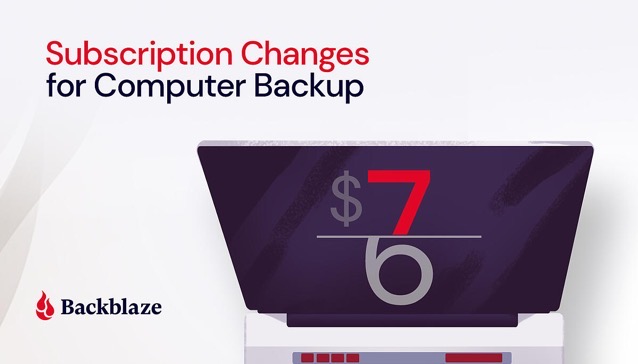 According to the company, its Computer Backup prices will change to $7 per month, $70 per year, and $130 for two-year plans. Until then, however, users have the option to purchase Backblaze at the current price.

Backblaze says it had to increase the prices for its service because of double digit growth in customer data storage, significant increases in supply chain costs, and its “desire to continue investing in providing you with a great service.”

Over the last 14 years, we have worked diligently to keep our costs low and pass our savings on to customers. We’ve invested in deduplication, compression, and other technologies to continually optimize our storage platform and drive our costs down—savings which we pass on to our customers in the form of storing more data for the same price.

To lock in your existing Backblaze Computer Backup pricing for one extra year beyond your current subscription period, hit up this link to purchase your extension credits before the price increase.