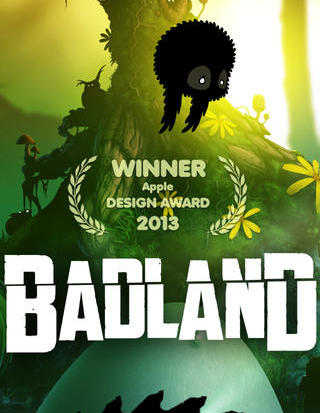 Frogmind’s Badland ($3.99), the atmospheric action adventure platformer and the winner of 2013 Apple Design Award, has today received an update titled ‘Day II – The Night’, introducing 10 new levels featuring the all-new lasers, 30 new missions and much more. The game now includes 80 levels in total, which is twice the amount it had when it was launched in April this year.

Update #8 brings an epic ending for Day II – The Night!

– Added a possibility to skip a checkpoint after multiple failed attempts

* To unlock the missions you need to play / replay the level without skipping.- Rare crash fixes

Your support and feedback has been absolutely amazing. We are super happy to continue developing BADLAND further for you!

Inspired by a true story, Will Smith’s new movie Emancipation is now available to watch on Apple TV+. The movie tells the story of a man who fights through unthinkable terrors in an attempt to reunite with his family. The movie debuted in theaters on December 2, but Apple TV+ subscribers can now stream it...
Usman Qureshi
20 mins ago

While speaking to The Verge, CEO of Epic Games Tim Sweeney has said that Apple’s ability to reject apps like Twitter is something “every politician should fear,” no matter what side of the aisle they’re on. “I think it’s incredibly dangerous to allow the world’s most powerful corporation to decide who is allowed to say...
Usman Qureshi
32 mins ago