BBM for iPhone Download Coming Today with Staggered Roll Out [u] 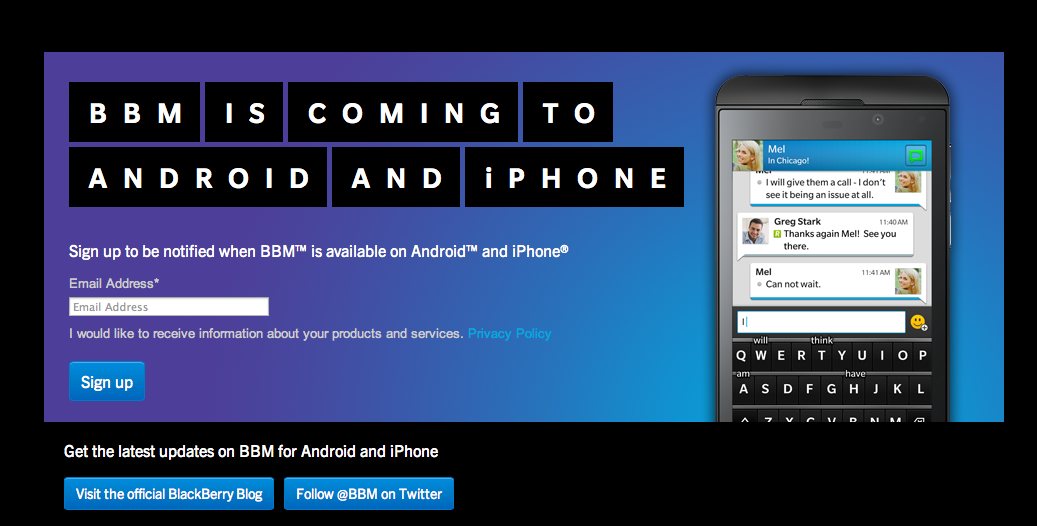 After unsurprising delays, BlackBerry has announced BBM for iPhone and Android will be launching today. The company says 6 million people have signed up for information about BBM and over 1 million iPhone users have managed to “side load” BBM onto their devices.

The BBM roll out will consist of a line-up system says the company:

1. Download BBM – the easiest way is to visit BBM.com from your Android or iPhone browser*
2. Once you install the app, open it, and enter your email address to hold your spot in line
3. We will email you as soon as you reach the front of the line and can start using BBM

Essentially, BBM for iOS will hit the App Store today. You will be able to download it for free, but if you didn’t sign up early at BBM.com you’ll have to wait in line to use it. The staggered roll out is to prevent BlackBerry servers from melting again after the Android version was leaked prematurely.

Anyone eagerly awaiting the release of BBM for iPhone? We’ll update this post once a download link goes live.