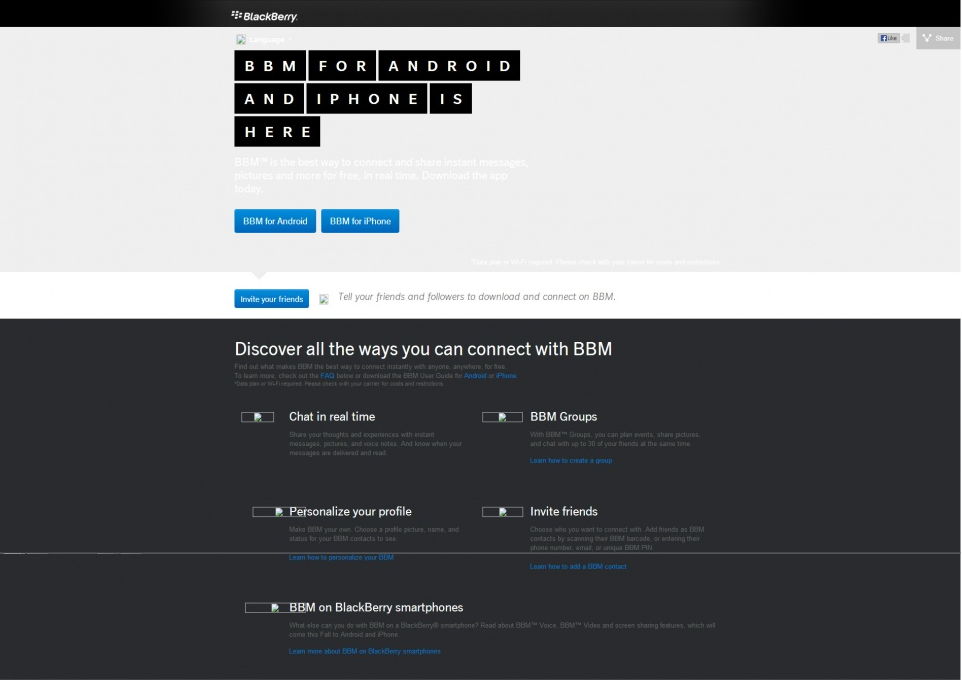 On August 29 Blackberry put up a landing page for BBM on iPhone and Android, which was quickly taken down. It was then replaced by a “Coming Soon” page which can still be found here.

Earlier this year Blackberry announced that BBM would be coming to iPhone and Android ‘Summer 2013’. At first the rumoured date for the release was June 27, which was then quickly dismissed.

Months have now passed and we have yet to see BBM on iPhone or Android. Summer is almost over and we have no official release date yet. The wait is on for Blackberry Messenger fans — when will we see BBM for iPhone and Android and how will it compare to existing solutions like Hangouts or iMessage?

December 1st marks World AIDS Day and Apple is continuing to support Global Fund in its worldwide fight to stop AIDS. In doing so, Apple Stores around the world are promoting (PRODUCT)RED displays and products. Additionally, Apple is promoting apps, videos, and other materials on its products to help increase visibility. Since 2006, Apple has...
Steve Vegvari
35 mins ago