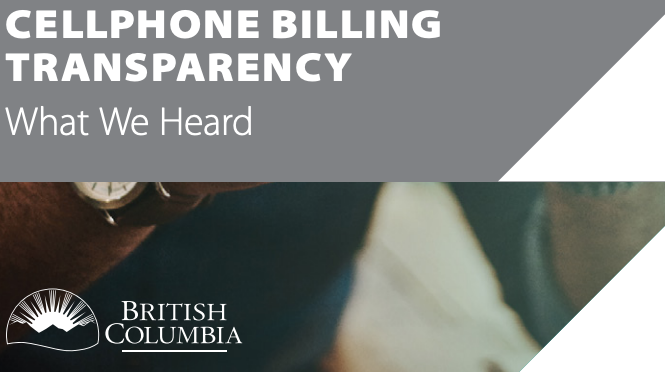 Back in February, the B.C. government announced it would push for “more affordable cellphone” options this year as part of its throne speech, to then launch a public questionnaire in late May asking residents “to share their views and experiences regarding cellphone contracts.”

Well, fast forward six months, the province has released its Cellphone Billing Transparency report, and its findings from 15,549 respondents aren’t exactly surprising. The key findings highlighted are below:

Yes, it doesn’t take a rocket scientist to figure this stuff out. But to “stand up for B.C. families,” Premier John Horgan has appointed, Maple Ridge-Mission MLA, Bob D’Eith, to deal with Ottawa.

“During the federal election campaign, most major parties made commitments to improve the quality and affordability of cellphone services in Canada,” said Premier Horgan in a statement. “Now is the time to engage with federal partners, build consensus and find solutions that will improve the lives of British Columbians and all Canadians.”

It’ll be interesting if anything comes out of this report and D’Eith’s appointment, as wireless and telecom matters fall under federal jurisdiction with Innovation, Science and Economic Development Canada (ISED).

Prime Minister Justin Trudeau promised to lower cellphone bills by 25% if re-elected, an ambitious goal that the ‘Big 3’ wireless carriers plan to apparently lobby hard against.