Apple Music is set to go live on June 30, 2015, which will also include Beats 1, its worldwide radio station, featuring DJ Zane Lowe and other high profile artists with their own shows.

While iOS 8.4 and iOS 9 beta users in Canada have seen the Beats 1 landing page pop up in Apple Music, now the station actually plays the ‘coming soon’ teaser trailer, which gives users a taste of what to expect once the station goes live. Previously, this teaser was available to the U.S., but it has made its way into Canada. 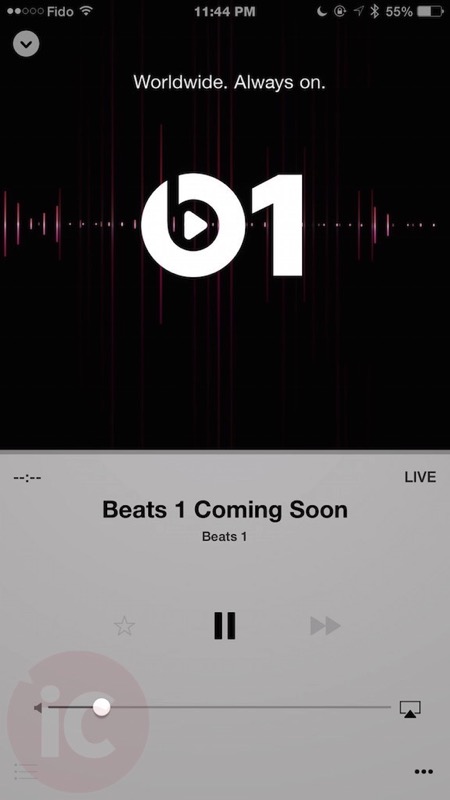 The short audio teaser is fast-paced and will provide listeners with interviews with artists, plus curated music that includes the hottest tracks gaining popularity worldwide, especially those getting lots of airtime ‘in da club’.

This teaser also notes the 9AM PDT launch time for Beats 1, which was revealed by senior director of Apple Music, Ian Rogers, in a blog post on the weekend. This post also referenced the availability of iOS 8.4 at 8AM PDT/11AM EDT, ahead of Apple Music’s launch. However, in an interesting turn of events, the referenced 9AM PDT launch time has since been removed from his post (thanks @acerace113), leaving many to speculate the actual time may change.

Apple Music pricing for Canada has not been revealed yet, but US pricing starts at $9.99 per month for individual plans and $14.99 for family plans.