BeatsX wireless headphones are $39.05 cheaper than AirPods in Canada ($219 CAD), so what exactly are the differences?

YouTube channel Jonathon Morrison got his hands on an early release pair of BeatsX, and shared how they compared to AirPods in a variety of tests. 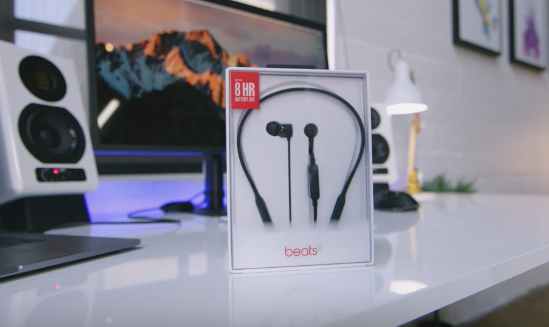 Morrison says both sets of wireless headphones stayed in his ears during running and basketball. Sound quality saw BeatsX offer more bass due to its in-ear design. But he did like AirPods due to their charging case and the potential for all day battery life, versus 8 hours for BeatsX.

Here’s another video from Austin Evans, who also got an early pair of BeatsX as well, and tries to answer the question “Are the $150 USD Beats X Worth It?”, comparing them to Jaybird Freedom wireless headphones, and AirPods too.

If you’re looking to buy a pair of Beats X wireless headphones, it’s best to wait for them to get in stock at The Source, as the GoodLife Fitness PSP discount can take 20% off, just like we’ve previously seen for AirPods and Beats Solo 3.