You’ll soon be able to buy your electronics, accessories and more from retailers selling their goods on Best Buy Canada’s website, as the latter plans to beef up its online retail strategy to rival the likes of eBay and Amazon.ca. The move comes as Best Buy abruptly shut down Future Shop Stores in late March.

Thierry Hay-Sabourin, vice-president of e-commerce at Best Buy Canada, told The Globe and Mail “There is massive opportunity for Canadian retailers to leap frog the development effort of total-retail by partnering with us. We’re willing to extend this opportunity even to our competitors,” adding “the market is underserved in Canada.” 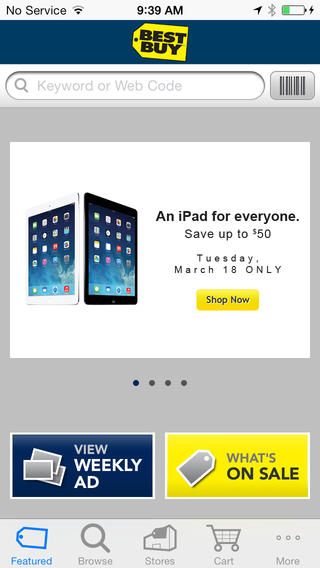 The new strategy will see Best Buy allows rival retailers market their goods on the company’s website and reach a wide user base of customers, but for a commission of sales.

Best Buy also started recently providing more details when it came to online order expected delivery dates, an effort to improve online shopping. It also has plans this spring to start shipping orders directly from stores on top of distribution centres, which will improve delivery times and reduce sales lost to “out of stock” inventory.

As an official reseller of Apple products and various iOS and Mac accessories, this is a good move for consumers as we’ll soon get access to more goods to purchase, albeit via Best Buy’s online interface.