Beyoncé’s sixth album Lemonade was released on the weekend and is streaming exclusively on Tidal (Queen B and husband Jay Z own part of the service), but now it has made its way onto iTunes, available to purchase for $17.99 CAD. 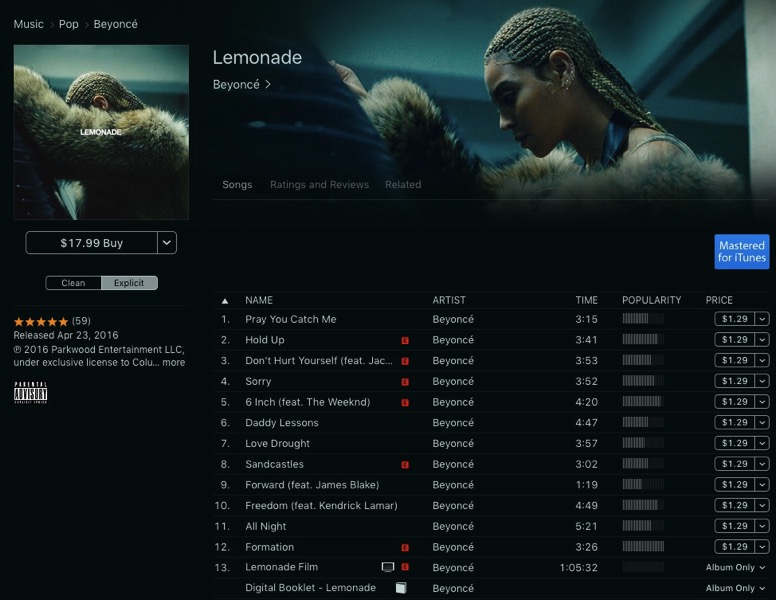 The album is not streaming within Apple Music, but don’t expect it to hold out for long, as Kanye West’s The Life of Pablo (which was ‘exclusive’ to Tidal) eventually made its way to other services like Spotify, Google Play and of course Apple’s own music service.

Let us know if you’re ready to shell out $18 for this new album from Beyoncé.