Thanks to a new sponsorship from American Express Canada, airport travellers at Billy Bishop Airport in Toronto now have free Wi-Fi. 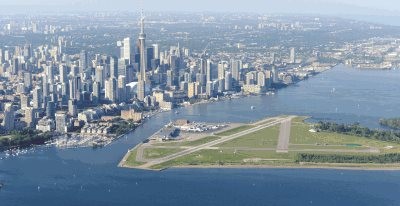 “We’re excited to bring complimentary Wi-Fi to all Billy Bishop travellers. This newest sponsorship is yet another example of the traveller experience our brand aims to provide.” said David Barnes, Vice President, Advertising and Communications at American Express Canada.

Also, in association with Clear Channel Canada, Exclusive Media Concessionaire at the airport, American Express will be promoting its brand through digital, video and regular media placements throughout the airport.

No one says you have to use the free Wi-Fi, but if you do, it’s because it’s sponsored by Amex Canada. They were the first partner to launch Apple Pay in Canada last fall.

Travellers can also download Billy for iOS, a companion app for the airport which offers flight details, alerts and more.