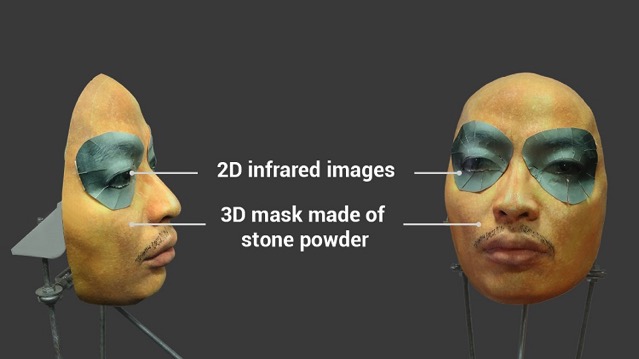 Vietnamese based security experts from Bkav have successfully beat Apple’s Face ID on iPhone X with their new mask, which unlocks the phone the same way twins do. The experts used a 3D mask made of stone powder, which costs roughly US $200, as well as glued 2D images of the eyes. The eyes are printed infrared images, the same technology that Face ID itself uses to detect facial image.

“These materials and tools are casual for anyone. An iPhone X has its highest security options enabled, then has the owner’s face enrolled to set up Face ID, then is immediately put in front of the mask, iPhone X is unlocked immediately. There is absolutely no learning of Face ID with the new mask in this experiment.”

The experts found out that stone powder can replace paper tape to trick Face ID’ AI at higher scores. Calling their new mask “the artificial twin”, Bkav first predicted the vulnerability in Face ID’s AI when the iPhone X was introduced in September. As soon as the iPhone X became available for sale, they immediately conducted experiments based on previous analysis to confirm the “foreseeable” weakness, and just as predicted, Face ID was defeated by the mask.

On November 15th, Bkav announced the Proof of Concept of this experiment and said that it took around 9-10 hours to trick iPhone X’s AI. Check out the following video to get an idea of how it works: