How iPhone X and Face ID Works with Twins [VIDEOS]

This morning the embargo was released on iPhone X reviews, with most reviewers only getting 24 hours with the device, but sharing mostly positive reviews of the latest iPhone. 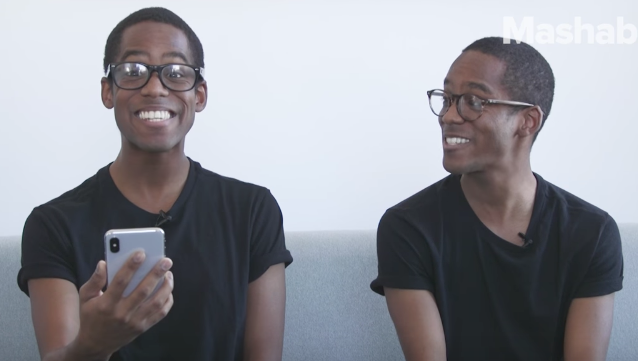 One of the biggest features of iPhone X is Face ID, as the facial recognition technology replaces Touch ID and the Home button. Apple previously shared in their Face ID support document the feature has 1 in 1,000,000 odds of a random person unlocking your iPhone X, whereas Touch ID has 1 in 50,000 odds. But the stats change when twins are involved (for obvious reasons):

The statistical probability is different for twins and siblings that look like you and among children under the age of 13, because their distinct facial features may not have fully developed. If you’re concerned about this, we recommend using a passcode to authenticate.

With this in mind, here are a couple videos testing Face ID on iPhone X with twins. The first video by business insider saw Face ID get bypassed by one set of twins but not another. The second video by Mashable shows Face ID resisted unlocking in their twins test.

Check them both out below:

Meanwhile, Joanna Stern at the WSJ also put Face ID to the test with twins and triplets (these kids bypassed Face ID as expected):

iPhone X launches this Friday, November 3, with pre-orders set to be delivered and some stock available in Apple Stores.