For those iPhone users looking to switch back to BlackBerry, the company has launched pre-orders for their PRIV slider, which features their classic keyboard, but this time runs Android OS—for the first time ever. 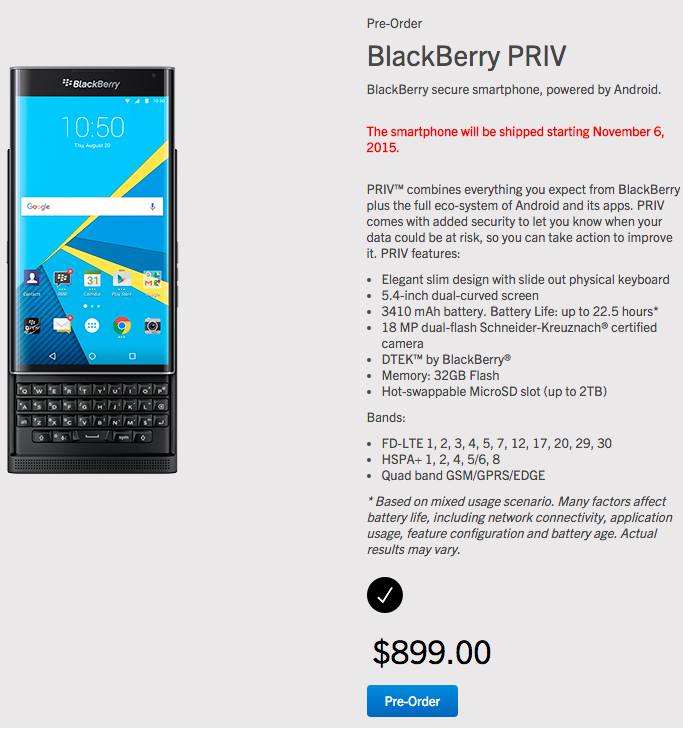 The BlackBerry PRIV is available for Canadians at the price of $899, for the device which includes a 5.4-inch display, 18MP camera, 32GB of storage and a 3410mAh battery, ready to ship on November 6. As for two-year contract pricing, it’ll be $399 from Rogers or $799 outright (via MobileSyrup).

Any iPhone users going to switch back to BlackBerry for that classic keyboard—and now Android?