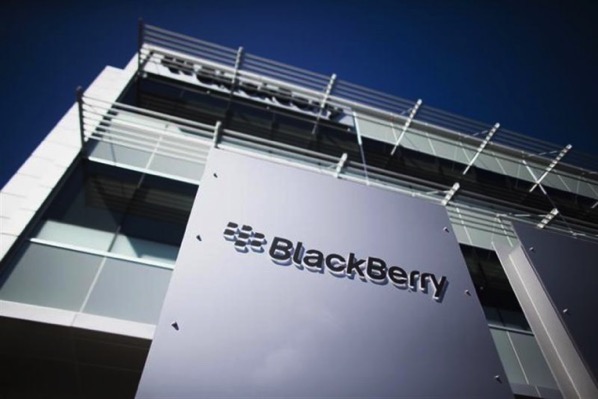 According to a new report from Gartner, BlackBerry is now capturing 0.0 percent of the worldwide smartphone market. The report notes that Apple has just passed Samsung as the world’s top smartphone seller.

Gartner shows Canadian smartphone company BlackBerry, once the king of the mobile phone crowd, is now taking in 0.0481 percent of the market. In the fourth quarter of 2016, there were 207,900 phones sold with BlackBerry OS.

Global smartphone sales jumped seven per cent in Q4 of 2016, to reach 432 million units, and for the first time since 2014. Sales of Apple phones were marginally higher than Samsung, which saw its sales decline by 8 percent in the fourth quarter. Most of Samsung’s sales declined as result of the Galaxy Note 7 issues and recall. 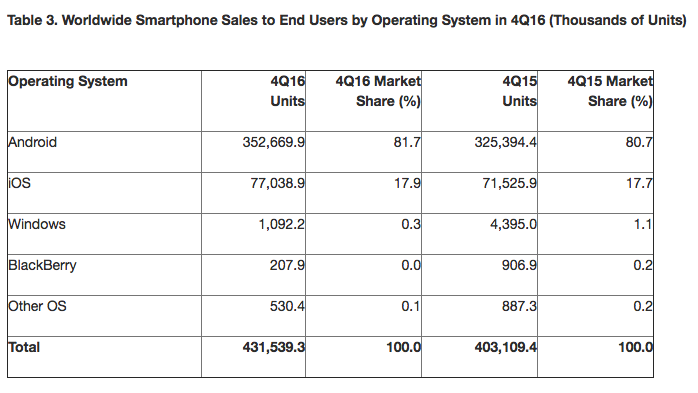 Meanwhile, Apple’s surge to the top was in part due to Samsung’s faltering but also to good numbers over the 2016 holiday season. Chinese smartphone vendors Huawei, Oppo and BBK saw their share of the worldwide market increased by seven percentage points over the previous year.

Gartner is forecasting further growth as these companies further their aggressive expansion into markets beyond China.