BlackBerry Promotes New Model by Tweeting from an iPhone [PIC]

As you can see in the tweet below (which has since been deleted), as noted by The Verge, someone from BlackBerry was promoting the new phone by using Twitter for iPhone: 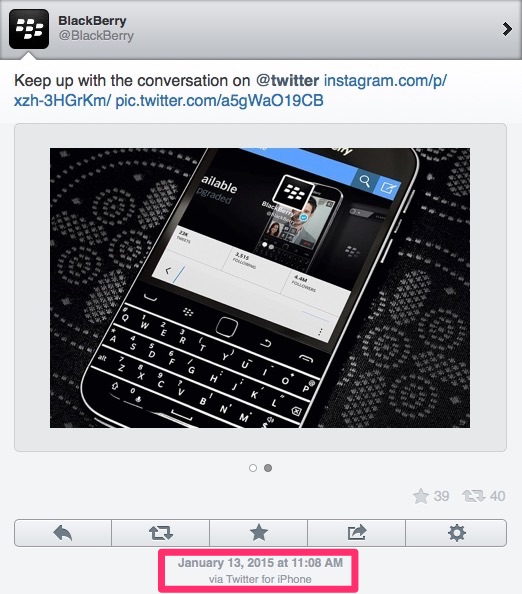 Despite there being an actual BlackBerry Twitter app, the tweet was clearly sent via an iPhone. Ouch.

Former BlackBerry ‘Global Creative Director’, singer Alicia Keys, also similarly tweeted about BlackBerry in the past from her iPhone. There’s nothing else to say here, other than “Oh, BlackBerry.”