Alicia Keys to Leave BlackBerry After One Year 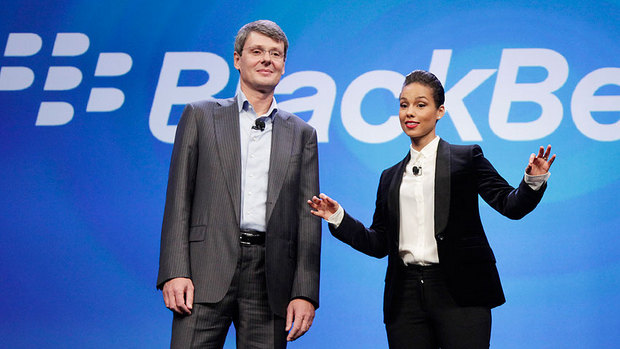 Singer Alicia Keys is parting ways with Canadian smartphone maker, BlackBerry, after a year-long collaboration. The company announced Keys will be leaving her role as global creative director on January 30. Keys joined BlackBerry last year at their New York launch event for BlackBerry 10.

Her role was criticized by many outsiders who said, despite her title, she was nothing more than a celebrity who was brought in to help promote BlackBerry 10. However the company said she had more of an involvement, helping a four-year scholarship program that encouraged young women to study computer science and related fields. A statement by the company said:

“We have enjoyed the opportunity to work with such an incredibly talented and passionate individual.”

Do you think Alicia Keys helped BlackBerry? Let us know in the comments below.

Twitter owner and CEO Elon Musk could potentially sell up to $3 billion USD in new Twitter shares to help repay part of the $13 billion debt the social media company took on as a result of his buyout — reports The Wall Street Journal. According to the publication's sources, Musk's team discussed selling new...
Nehal Malik
2 mins ago