The music industry is calling for a “Blackout Tuesday” in response to the death of George Floyd. 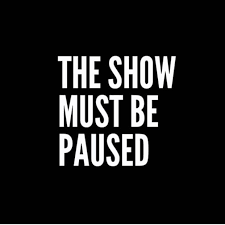 On Friday May 29, less than a week after Floyd was suffocated by a Minneapolis police officer during an arrest, numerous music companies and artists began spreading a message on social media calling for “a day to disconnect from work and reconnect with our community” and “an urgent step of action to provoke accountability and change.”

“As gatekeepers of the culture, it’s our responsibility to not only come together to celebrate the wins, but also hold each other up during loss,” reads the statement, which is being circulated under the hashtag #TheShowMustBePaused.

Technology companies are participating in different ways. Apple Music, for its part, says it cancelled its regular Beats 1 radio schedule and is steering users toward a streaming station that celebrates the best in Black Music. It will also host a playlist designed to unite users, with regular intermissions explaining the protests and movement. Deezer and Tidal Music also tweeted support.

Earlier this week, a video of Floyd’s death surfaced showing Minneapolis police officer Derek Chauvin kneeling on the neck of Floyd for eight minutes. Chauvin was later charged with third-degree murder and manslaughter in the death of Floyd.