Bloom.fm: Apple Sees Us as a Threat to iTunes Radio

London based streaming music service Bloom.fm has claimed that Apple sees their service as a threat to iTunes Radio, which is why the Cupertino giant has banned them from iAd, CNET is reporting. “We were surprised at Apple’s decision to ban us from their iAd network as their iTunes Radio service isn’t even available in the UK,” said Bloom spokesman. We believe Apple considers us ‘a threat’, he added. 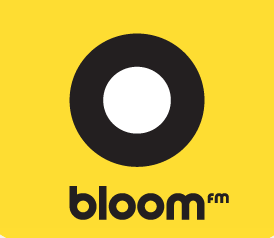 Bloom offers listening to 22 million tracks for £1 a month, which is equal to the price of a single download on iTunes. “I can see why they’d want to protect their business”, quoted the company’s representative. Bloom spent £2,000 per month on Apple’s iAd network, promoting its service but on Wednesday, Apple said that it could no longer advertise through its network. Bloom announced the news on Twitter saying that Apple called its offering “a competitive service to iTunes Radio and it is against Apple policy.”

Not surprisingly, Bloom seems pleased by the attention it’s getting. On Wednesday, the company sarcastically tweeted that Apple’s move must mean the company is “big time now.” The company told CNET on Friday that the iAd ban is “flattering.” “[Apple’s] decision isn’t going to affect our growth and it’s actually quite flattering they see us as such a threat,” the spokesman said.

iTunes Radio is not currently available in the UK, but is expected to launch in that market sometime this year.