Back in August, the European Union (EU) Commission ruled after two years of in-depth investigation of Apple’s tax affairs in Ireland, that the company has to pay up to $14.5 billion in back taxes to the Irish government. Today, an interesting “inside story” of Apple’s gigantic EU tax bill has been published by Bloomberg, giving out details of “The Maxforce”, the EU team behind the investigation that spurred changes to international tax law. 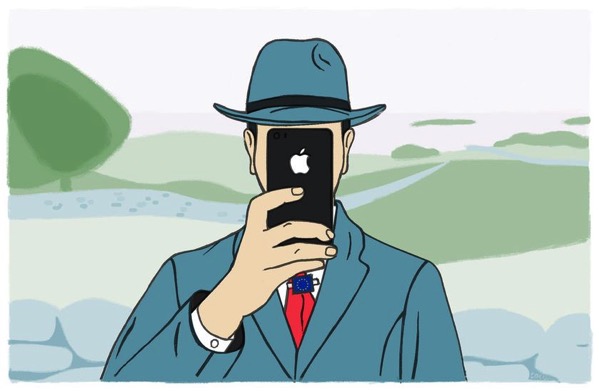 The Maxforce team, which is led by a German attorney named Max Lienemeyer, has looked at the tax status of hundreds of companies across Europe since its launch in 2013, including a deal Starbucks had in the Netherlands and the Fiat Chrysler Automobiles’ agreement with Luxembourg, although Apple’s case in Ireland is its largest by far.

The team’s investigation on Apple’s tax practices in Ireland concluded that the country allowed the iPhone maker to create stateless entities that let it decide how much tax it pays. It also highlighted that when a unit called Apple Sales International recorded profits of about 16 billion euros from sales outside the U.S. in 2011, only 50 million euros were considered taxable in Ireland.

In the coming weeks, the EU is expected to publish details of the Maxforce investigation. At about the same time, Apple will likely lodge its own appeal in the EU court. Though Apple will have to pay its tax bill within weeks, the money will be held in escrow, and the issue will probably take years to be resolved.

This story is based on interviews with dozens of officials from the EU, Ireland, and Apple, though most didn’t want to speak on the record discussing sensitive tax matters. A Maxforce representative declined to make Lienemeyer available for an interview.

To read more about how Lienemeyer assembled the Maxforce, check out the lengthy article at this link.

Waze has today launched its first-ever dedicated app for cars, which will be available for select vehicles with Google built-in, starting with Renault Austral Hybrid and Renault Megane E-Tech. With this new experience, Renault drivers will have all Waze real-time routing, navigation and alerts, plus settings, preferences, and saved places, built into their car display....
Usman Qureshi
14 mins ago

[caption id="attachment_386668" align="aligncenter" width="800"] Image: Ledger[/caption] Tony Fadell, a famed product designer and former Apple Senior VP who is credited as being the "father of the iPod," has come out of his rather quiet life of investing and writing books about his career to lead the development of hardware cryptocurrency wallets at Paris-based Ledger. Cryptocurrency...
Nehal Malik
25 mins ago

Inspired by the cultural continuum of Love Languages, Peloton has today announced the launch of Motivation Languages to help people motivate friends and family to get through the busy holiday season. Peloton recently commissioned a five-market research study that found that nearly 81% of people prioritize their loved ones, with nearly half wishing they prioritized...
Usman Qureshi
33 mins ago