Which Canadian bank will be the first to support Apple Pay? According to recent customer service email reply to iPhone in Canada reader Husein, the financial institution says they are “actively evaluating Apple Pay as a mobile payment option for our customers.”

You can check out the email below: 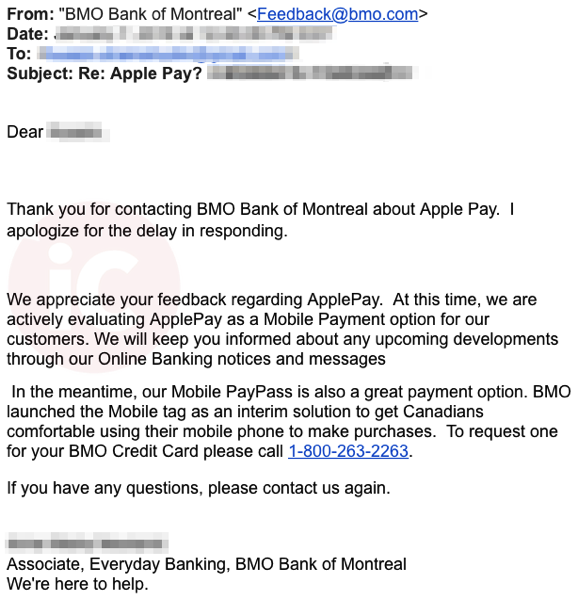 BMO says it will keep customers updated via online banking notices and messages. While the reply does not confirm Apple Pay is coming, it’s a vague response, in line with what other banks are telling customers over social media.

Back in October, sources claimed BMO was planning to launch Apple Pay, but that front has remained quiet since then.

Despite TD Canada Trust accidentally leaking support for Apple Pay around the same time, nothing has materialized, yet.

Apple Pay currently only works with American Express-issued credit cards in Canada (for iPhone 6 or newer; Apple Watch paired with iPhone 5 or newer), at retailers that have contactless enabled, such as this list detailed by the company.