Apple Pay is set to launch for BMO, TD and Scotiabank next month, with some believing the remaining three banks may debut the mobile wallet as soon as tomorrow (TD).

As for BMO, the bank has started to inform customers in-branch of an upcoming new MasterCard debit card, which will be used for Apple Pay. The signage reads the following (thanks George):

“There’s a new BMO debit card and it lets you do more.

– Pay faster for your purchases of 100$ or less with Interac Flash
– Make online purchases with retailers in Canada and from elsewhere in the world directly from your bank account.
– Pay with debit anywhere you see the MasterCard logo.

Get informed about the new debit card today!” 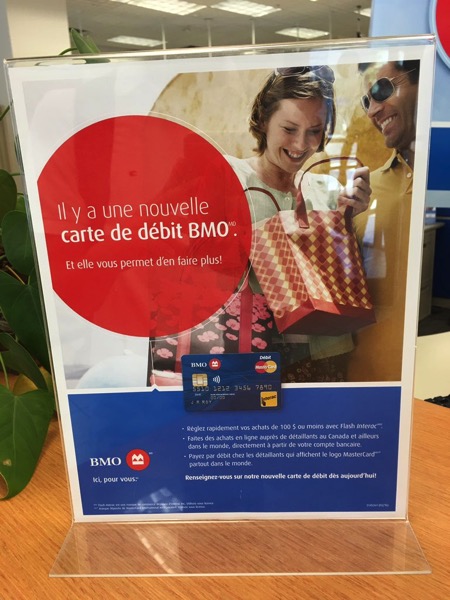 BMO has told customers these new cards should be coming in the mail, by at least the end of June.

As for an update on the rumoured TD Apple Pay launch said to be coming tomorrow, the bank’s social media team says the mobile wallet is now “coming soon” (thanks guys), while some have been able to get Terms & Conditions to appear when adding a TD Visa (thanks Fred): 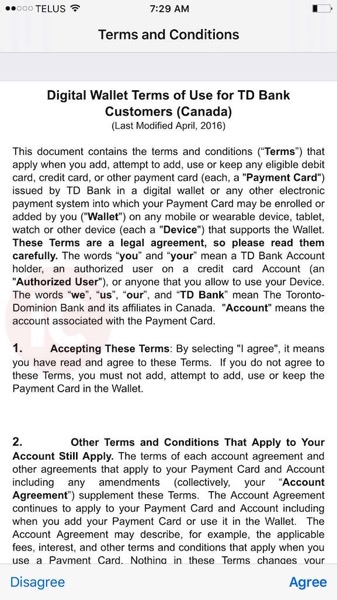 Regardless of the actual launch date for these three remaining banks, we know it’s going to happen sometime in June, so just wait a little bit longer folks…