U2 frontman Bono wrote an ‘A to Z of 2014’ roundup for his fans, and within his overview he praises Apple and iTunes for helping musicians get paid. He also comments on the debacle of how their free album Songs of Innocence was forcibly distributed to fans:

Our album was to be like a bottle of milk dropped at the door of anyone interested in music and iTunes. As I understand it, the journey from the front door to the fridge and into what to some people felt was their bowl of cereal has something to do with a switch called “automatic download” – if you turn it on, you sign up for being pushed stuff.

That’s about it…no flagrant abuse of human rights, but very annoying to people who a) like being annoyed, and/or b) felt it was like someone robbing their phone in the pub and taking a couple of photos before leaving it back on the table… some kind of breach of privacy which was really not intended. I empathise with the b)’s, but for the a)’s I’ve started referring them to the philosopher Jimmy Kimmel.

That Apple remains a music company is the best news for any one who wakes up with a melody in their head or wanting to hear one. Apple is unique in big tech in trying to get artists paid. That they would agree to pay Universal for SONGS of INNOCENCE, and then gift it to all the people who still believe music is worth paying for, both makes sense and is a beautiful thing.

Bono suffered a freak cycling accident in New York’s Central Park earlier this year, which broke his arm in six places, fractured his eye socket, hand and shoulder blade. He also detailed the road to recovery has been “more difficult” than he expected and admits he does not know whether he would be able to play the guitar again:

Recovery has been more difficult than I thought… As I write this, it is not clear that I will ever play guitar again. The band have reminded me that neither they nor Western civilization are depending on this.

He also posted an x-ray of his new titanium elbow: 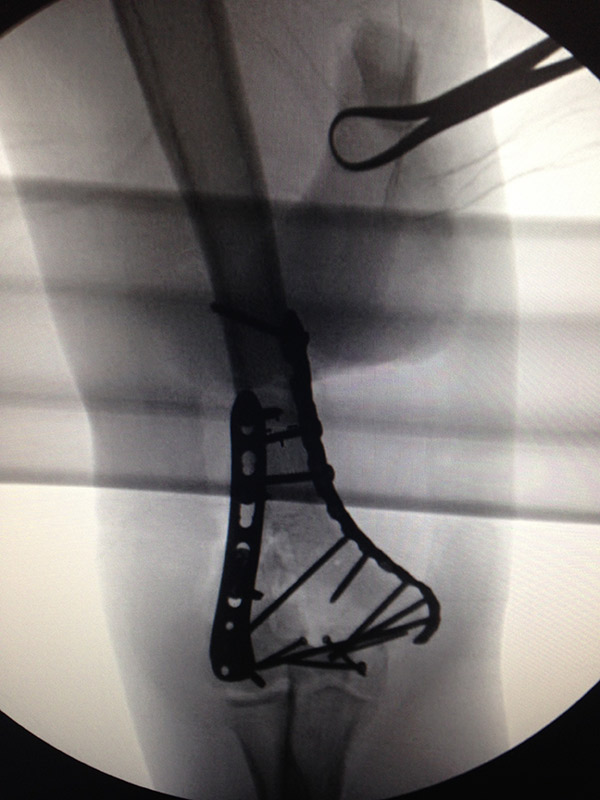 Back in September, Bono apologized to fans in an interview with Facebook, saying the band “got carried away” with their idea to launch the new album.