Bono Details How the Free iTunes U2 Album Controversy Started 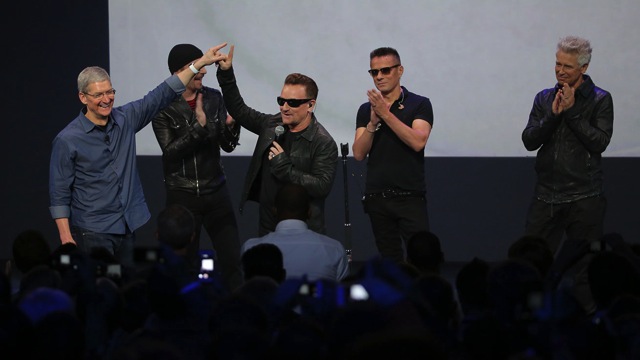 Music sensation and the lead vocalist of popular rock band U2, Paul David Hewson — better known as Bono — dug into his band’s infamous free iTunes album controversy in an exclusive extract from his upcoming memoir (via The Guardian).

Back in 2014, U2 released a new album, “Songs of Innocence,” on iTunes for free. Unfortunately, the band and Apple went about it in a way they would later receive backlash for: the album was automatically downloaded for all Apple customers who had iCloud enabled for music albums.

“On 9 September 2014, we didn’t just put our bottle of milk at the door but in every fridge in every house in town. In some cases we poured it on to the good people’s cornflakes. And some people like to pour their own milk. And others are lactose intolerant,” Bono wrote in his memoir.

The rockstar explained how the entire debacle came to be.

“Songs of Innocence” wasn’t the first time U2 and Apple worked together on something. Back in 2004, Bono, Edge, their manager Paul McGuinness and their producer and record executive Jimmy Iovine met with Steve Jobs and convinced him to feature U2’s upcoming single, “Vertigo” in an iPod commercial — for free.

The commercial ended up being “fantastically kinetic,” and U2 went on to collaborate with Apple to create the “U2 Special Edition” iPods that were sold between 2004 and 2007. U2 rode Apple’s coattails for a while, reaching an entirely new audience and selling out concerts.

About ten years later, U2 pitched another collaboration to Jobs’ successor, Tim Cook. The band wanted to distribute their upcoming album to Apple’s 500 million iTunes users without charging them for it.

“You want to give this music away free?” Cook asked U2 and their manager Guy Oseary when they pitched him the idea.  “But the whole point of what we’re trying to do at Apple is to not give away music free. The point is to make sure musicians get paid.”

But U2 would get paid for it — just not by users. “I don’t think we give it away free,” Bono told Cook. “I think you pay us for it, and then you give it away free, as a gift to people. Wouldn’t that be wonderful?”

Cook didn’t seem entirely convinced to Bono. “You mean we pay for the album and then just distribute it?” he inquired. Jobs’ successor ultimately decided to go for it, and the rest is well-documented history.

Even though the unorthodox album launch ultimately went awry and left Apple with a PR fire to douse, Cook didn’t regret his decision.

For all the custard pies it brought Apple – who swiftly provided a way to delete the album – Tim Cook never blinked. “You talked us into an experiment,” he said. “We ran with it. It may not have worked, but we have to experiment, because the music business in its present form is not working for everyone.”

You can read more about U2’s free iTunes album controversy and more in Bono’s memoir, which is set to be released on November 1, 2022.