Bozoma Saint John is Leaving Apple to Work for Uber 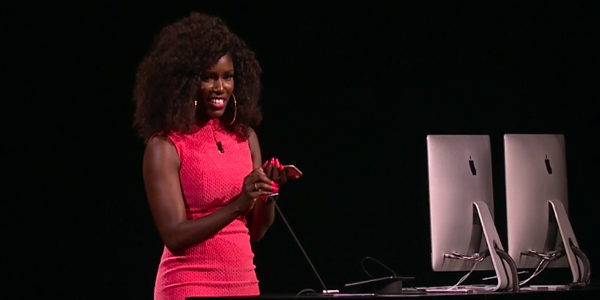 Last week, a report claimed that Apple’s Music and iTunes marketing executive Bozoma Saint John is planning to leave the company, although her reason for departure was not revealed. Today, TechCrunch has confirmed that Saint John is joining Uber. She joined Apple after the company purchased Beats Music in 2014, and is currently serving the company as Head of Global Marketing for Apple Music.

We received the news via a tip, and have confirmed the appointment through multiple sources at Uber. The company, we understand, views the appointment as important in helping “turn the tide on recent issues.” As for what role she will be taking, that’s something we’re still trying to figure out. We understand that Uber will be making more details public later.

Saint John, who also led an Apple Music demo at last year’s WWDC, is one of the more noticeable execs at the company for being a woman of color. Her track record is in marketing, most recently at Apple and also with Pepsi for quite a long time, among other places.

Whether she takes a marketing role or something else at Uber, Saint John coming on board is part of the ride hailing firm’s efforts to reposition itself as a different kind of company than it has been in the past.

Amazon will reportedly resume advertising on Twitter with an estimated increase in ad spending of $100 million USD (roughly $134 million CAD) annually. News of this quickly follows as Apple is said to be resuming its own advertising on the social media platform. News comes by way of Platformer's Zoë Schiffer, who states Amazon...
Steve Vegvari
25 mins ago