Last year, Brydge introduced the original Brydge Pro keyboards for the 11-inch and 12.9-inch iPad Pro models and now, the company is getting ready to launch the updated Brydge Pro+ keyboards for the iPad Pro, that feature a multi-touch trackpad to take advantage of iPadOS’s new Assistive Touch features. 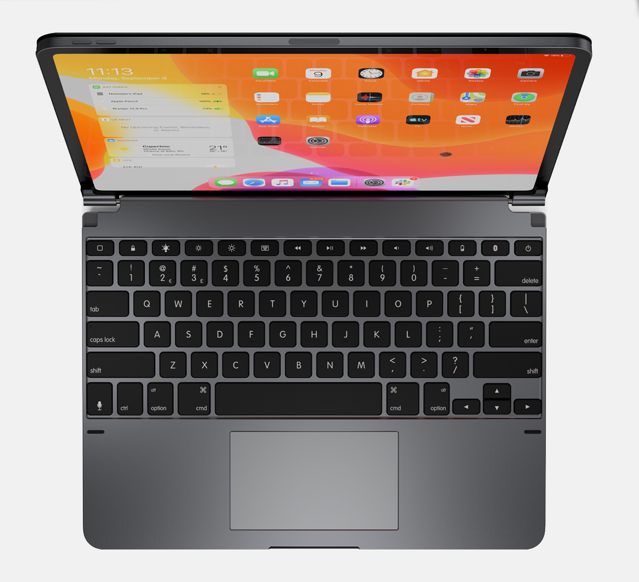 The Bridge Pro+ will be available for both the 11-inch and 12.9-inch iPad Pro and will come in Space Gray at launch. The keyboard has been engineered from machined aluminum to match in design, quality, and colour of the iPad Pro.

Like its predecessor, the Brydge Pro+ will feature a zero to 180-degree viewing angle, a MacBook-inspired keyboard with backlit keys, and Bluetooth connectivity.