BuzzFeed Launches its Own Customizable News App for iOS

BuzzFeed has today launched its own, fully customizable news app titled ‘BuzzFeed News’, that promises to bring you the most important and most interesting stories from around the web. In contrast to the main BuzzFeed app, which offers the full range of BuzzFeed content, the new BuzzFeed News app presents a feed of the top stories from the hour along with snippets of news pulled from different sources around the Web.

We make the news easy to understand. Our editors know that when something happens, the who, why, when, and how matter just as much as the what. We’ll make sure you’ve got context and background to major news events as they happen”. 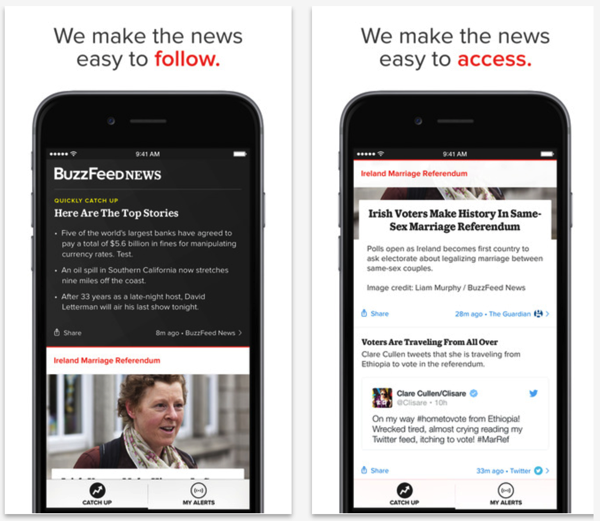 Stacy-Marie Ishmael, editor of the BuzzFeed News app, explained that the app that doesn’t require the user to click through to stories. Instead, users can get the news they’re looking for simply by interacting with BuzzFeed’s various lists and timelines. For now, BuzzFeed only integrates tweets, Vines, and GIFs into its News app, but it’s planning on incorporating Instagram photos, YouTube videos, and audio from SoundCloud.

Meta CEO Mark Zuckerberg warned employees of a hiring freeze and impending corporate restructuring during a weekly Q&A session on Thursday — reports Bloomberg. Facebook and Instagram's parent company will cut costs and, for the first time, jobs amidst economic challenges and a notable downturn in revenue. Meta this year reported its first-ever yearly decline...
Nehal Malik
7 mins ago