Apple introduced a new feature in iOS 12 called ‘Screen Time’ that allows you to limit how much time your children spend on apps and games. While the feature basically tracks how much time is spent in apps, you can also use it limit access to apps and games for children through the Family Share function. 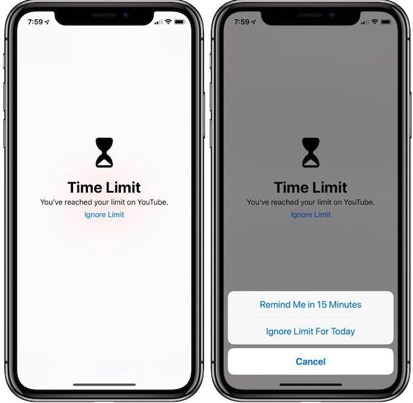 However, it appears that some cheeky kids have already found a bunch of workarounds to bypass these Screen Time limits. One dad recently took to Reddit to share how his kid managed to pass the Screen Time limit.

“When iOS 12 came out I limited my 7-year old son’s screen time through the family share. For a few days, I felt like he was playing a bit more than he should, but I couldn’t figure out why. Finally today, my son revealed his hack:

When he runs out of screen time and his games get locked, he heads to App Store, downloads a previously installed (but later removed) game through the cloud icon, and it works without limitations! What can I say? I’m not even mad. That’s impressive.”

So basically what happened is that if an app has already been downloaded and then deleted, it doesn’t require the same permission. That means the child was able to install gaming apps that had been deleted, these apps would then work without being tied down to limits.

While this loophole can be easily fixed by removing the App Store entirely using the restrictions system, a handful of other workarounds is also letting kids bypass these limits.

Here is another workaround shared by a Reddit member:

Similarly, another guy’s kid uses the YouTube app to iMessage himself videos and then watches them later inside the iMessages app.

Damn, these kids are getting smarter and smarter nowadays, aren’t they?