Guests of the Calgary Marriott Downtown can now check in even faster using the all hotel chain’s updated Mobile Key app, which now acts as their room key, allowing them to bypass the front desk and go straight to their rooms.

Hotel customers will also be able to access common areas, including the MClub Lounge, Fitness Centre and pool using the Mobile Key.

The Mobile Key is an exciting innovation that we’re very pleased to offer our Marriott Rewards members,” says hotel general manager, Joseph Clohessy. “For the past year we’ve focused on creating a space that provides guests with a luxurious and rewarding experience at our completely renovated hotel. The Mobile Key is a feature that provides them with an ease of entry unlike other hotels.”

Guests must use Mobile Check-In in order to use Mobile Key. To support multiple guests in one room, it is possible to have Mobile Keys on up to six devices, provided these guests log into the same Marriott Rewards account through the Marriott Mobile App.

Here’s how the Mobile Key works: 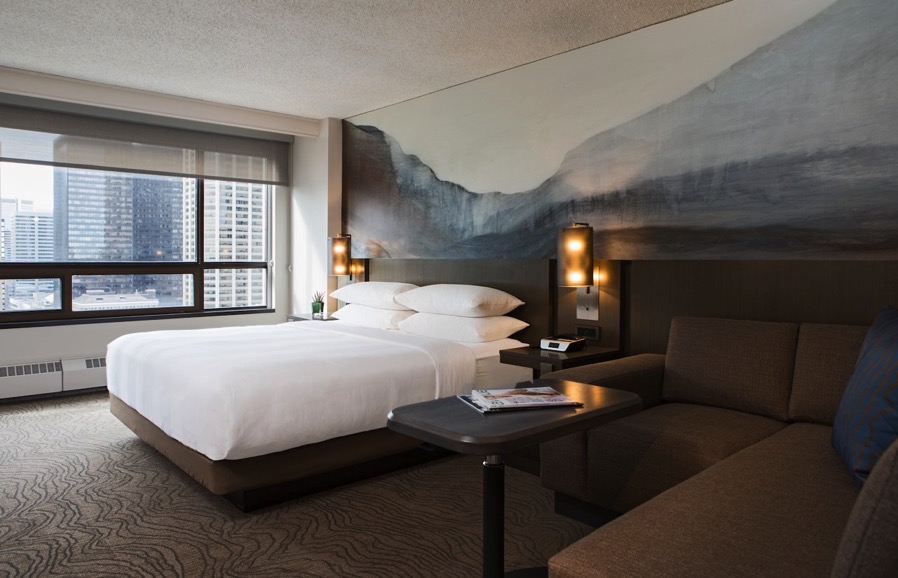 You can grab the app using the following App Store link, which also supports Apple Watch: