Drone pilot Duncan Sinfield has again published a monthly update of the construction progress of Apple Campus 2. His latest video gets real close (almost too close), showing workers on site and more, filmed with his DJI Inspire 1 drone. 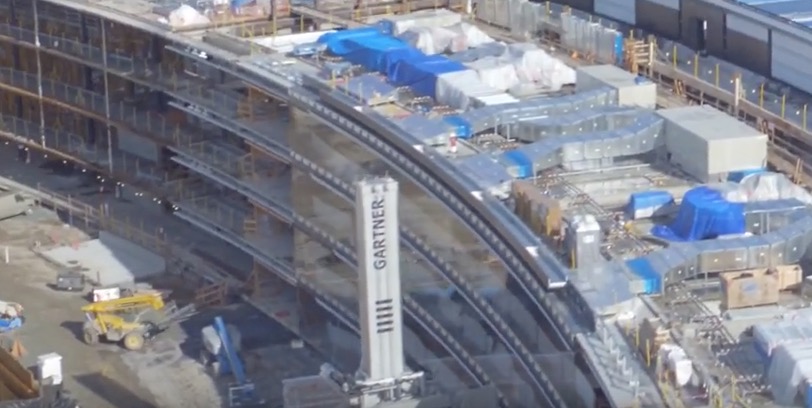 The video below again shows a clearer look at the massive curved panes of glass installed on the ‘spaceship’ ring campus, and the enormous layout of the 2.8 million square foot site (formerly HP’s campus), which will be able to accommodate nearly 13,000 employees, plus have its own solar power grid to help offset its carbon footprint, while having 7,000 trees on site.

Check out the latest update below: