With the proliferation of drones, we’re able to view footage of things we never would expect. In the case of Apple Campus 2, drone enthusiasts such as Duncan Sinfield have kept followers up to date with their high flying maneuvers. 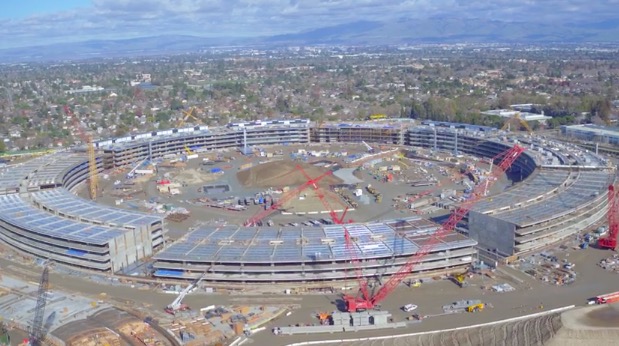 His latest video documents the construction update of Apple Campus 2, filmed this month with his DJI Inspire 1 drone.

The video reveals curved glass installation is underway on both the exterior and interior of the ring-shaped building, while the site’s research and development facilities are also progressing as well. We also get a good look at the 1,000 seat underground auditorium.