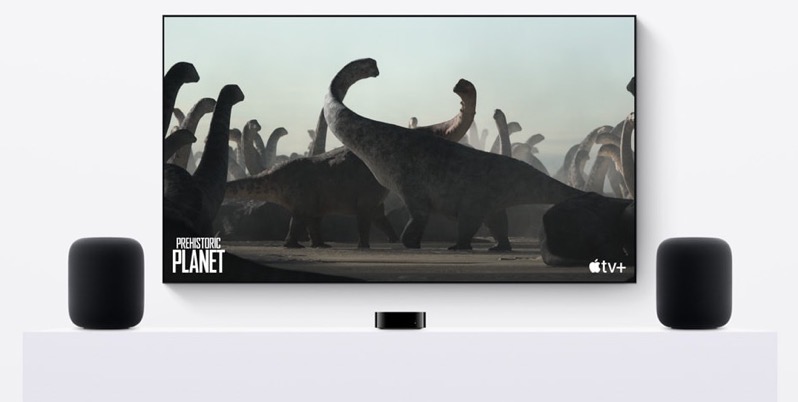 Apple unveiled a new HomePod yesterday, bringing back the speaker from the dead. The second-gen HomePod brings upgrades to sound and looks the same, and also is the same price as before the original was discontinued.

As for setting up a stereo pair of 2023 HomePods, can you mix and match the first-gen HomePod with the latest second-gen HomePod? Nope.

Apple says you can only make a stereo pair with HomePods of the same generation, so that applies to the 2023 HomePod as well.

What are the benefits of a HomePod stereo paid? “In addition to separating the left and right channels, a stereo pair plays each channel in perfect harmony, creating a wider, more immersive soundstage than traditional stereo speakers for a truly standout listening experience,” says Apple.

Apple says when HomePods are set up as stereo pairs, only one will respond to Siri requests and act as a speakerphone. As for Siri on your iPhone, iPad or Mac also intercepting your original request for the HomePod, that’s another story (oh, Siri).

You can click here to buy the HomePod second-gen for $399 in Canada—it launches on February 3, 2023.