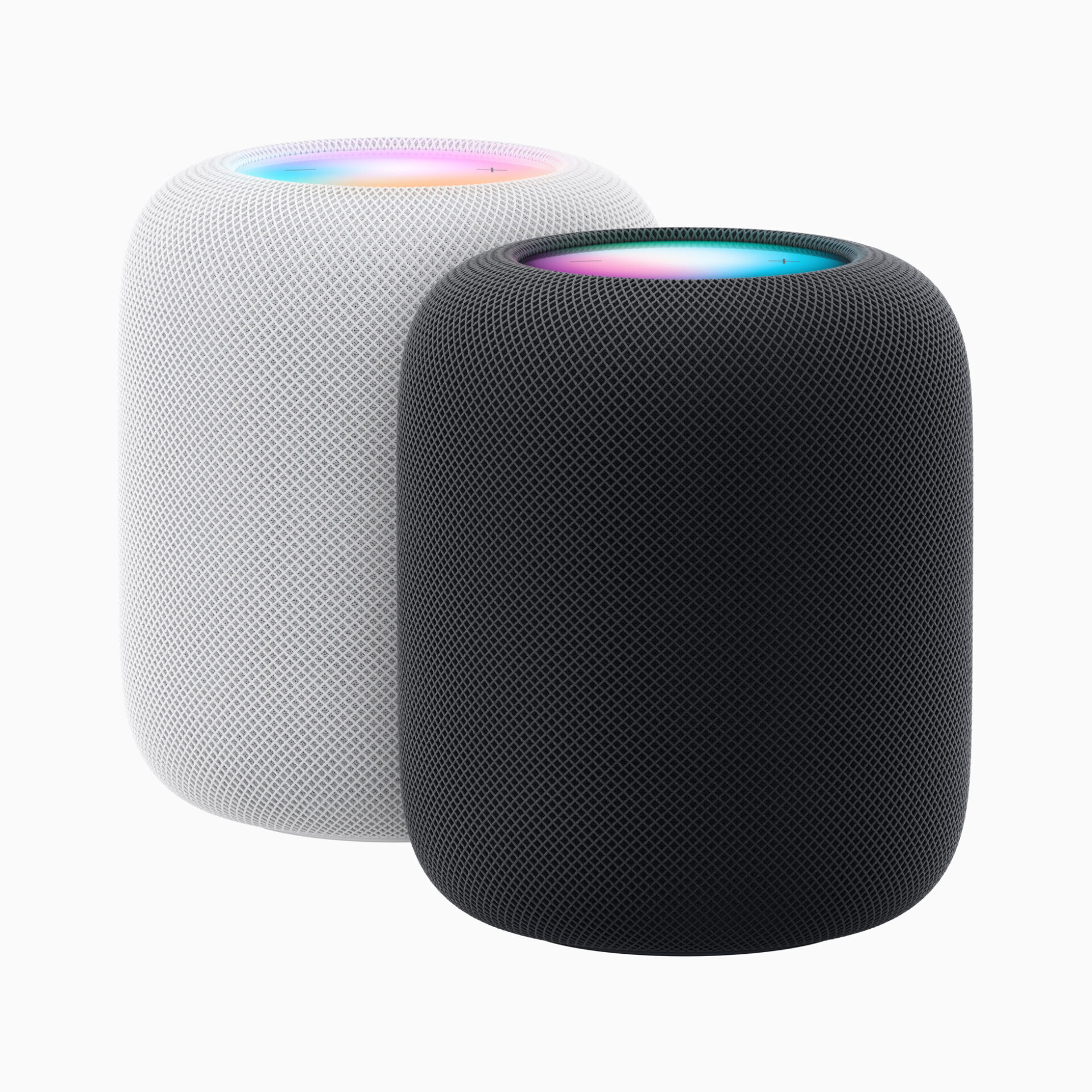 Apple today unveiled the second-generation HomePod, offering what the company called “breakthrough sound and intelligence.” The new 2023 model succeeds Apple’s original HomePod, which was launched in 2017 and discontinued back in 2021.

Apple stuck to the same design language as the original HomePod, but the latest iteration of its smart speaker comes with plenty of updates and new features.

Both HomePods are encased in seamless, acoustically transparent mesh fabric and feature a backlit touch surface on the top. Where the original’s touch surface was a bit bulbous, the new HomePod’s touchscreen is flatter. 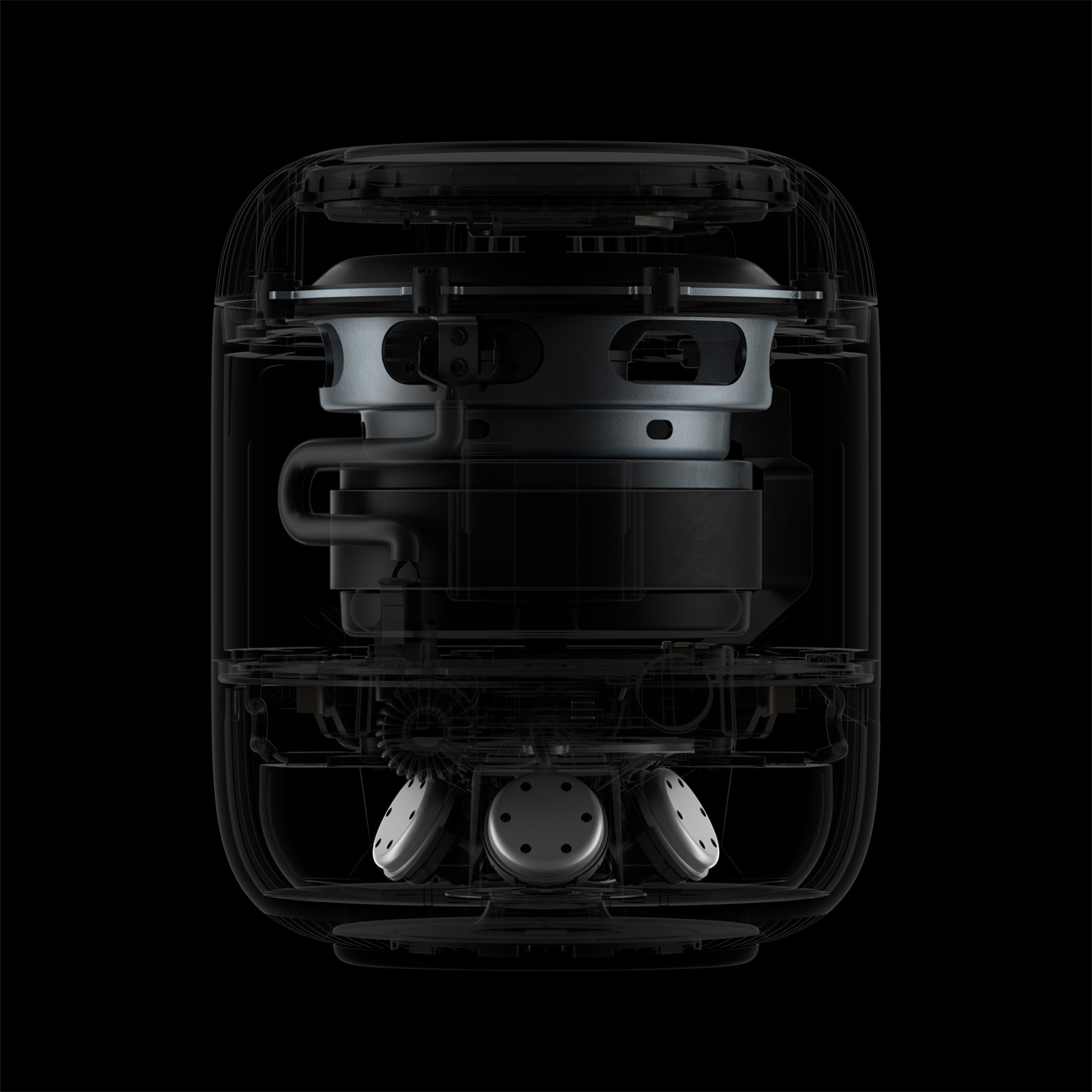 It’ll be interesting to see how the new HomePod’s audio quality and soundstage compare to its predecessor’s, given the reduction in the total number of speakers. Apple said the new model delivers “a groundbreaking listening experience, including support for immersive Spatial Audio tracks.”

The original HomePod had a total of seven microphones (six for far-field Siri and an internal low-frequency microphone for automatic bass correction).

This year’s model, on the other hand, has a total of five mics (four for far-field Siri and an internal low-frequency calibration microphone for automatic bass correction). 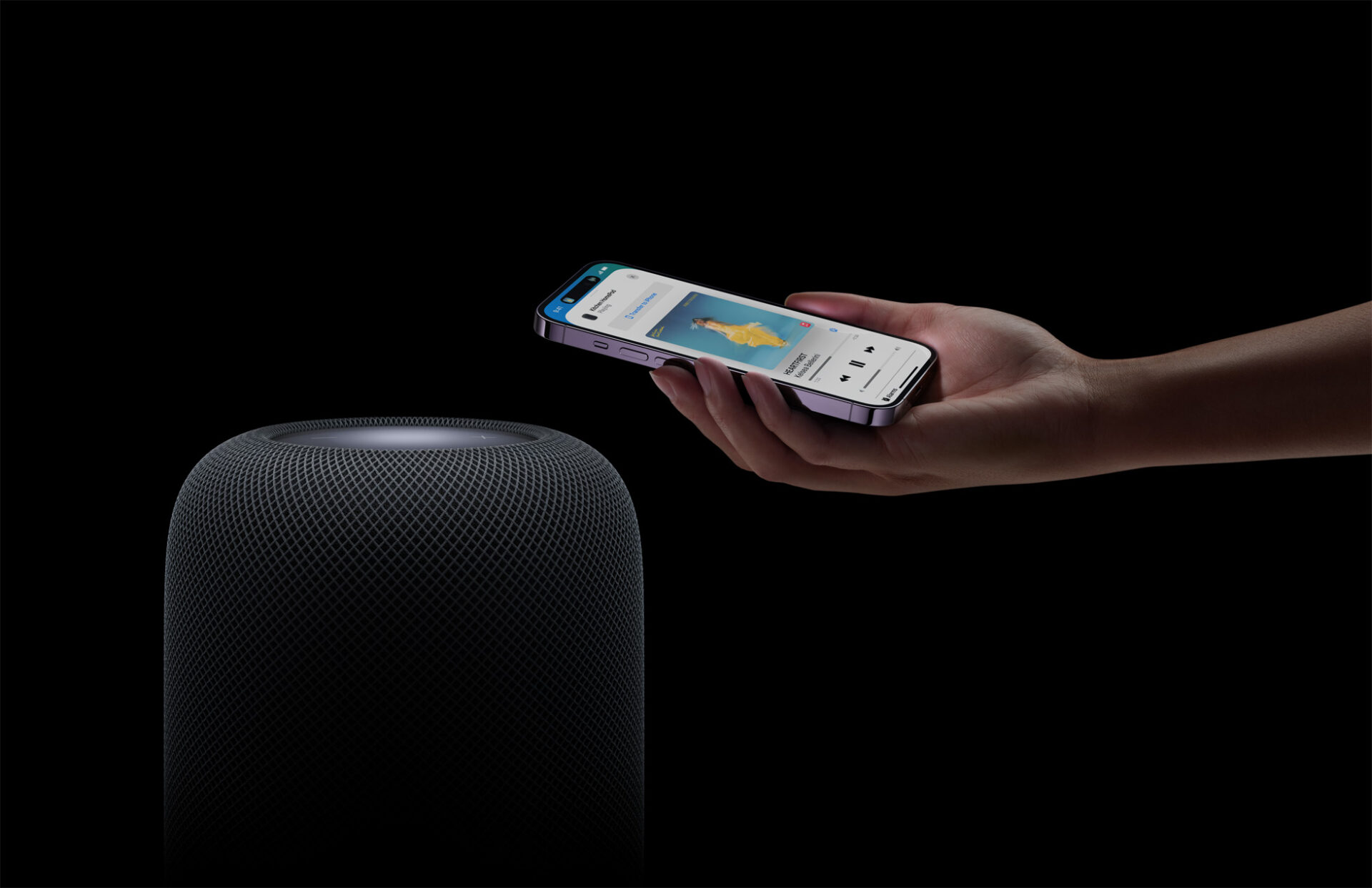 The second-gen HomePod is powered by the S7 chip, the same silicon found in the Apple Watch Series 7. Apple’s original AirPod came out with an A8 chip, which first appeared in 2014’s iPhone 6 and iPhone 6 Plus.

Previous reports that pegged the HomePod 2 for a 2023 launch expected it to ship with an S8 chip. While Apple could once again have gone the route of an A-series processor from the iPhone, the company’s chip selection possibly had more to do with power efficiency than performance.

Apple’s refreshed HomePod boasts several new features including room sensing. With room sensing, the tech giant said HomePod “recognizes sound reflections from nearby surfaces to determine if it is against a wall or freestanding, and then adapts sound in real time.”

In addition, the new HomePod sports all-new temperature and humidity sensors. It also has what Apple calls a “Sound Recognition” sensor, which the company said will enable smoke and carbon monoxide alarm detection with a software update coming later this Spring.

Apple offered the original HomePod in White and Space Gray colours. The new model, though, comes in White and a new Midnight colourway, made with 100% recycled mesh fabric and accompanied by a colour-matched woven power cable.

Apple has launched the new HomePod for $399 CAD, down from its predecessor’s $449. The HomePod 2 is available to order online at launch — click here to order yours today at Apple.ca. Deliveries and in-store availability are due to begin Friday, February 3.