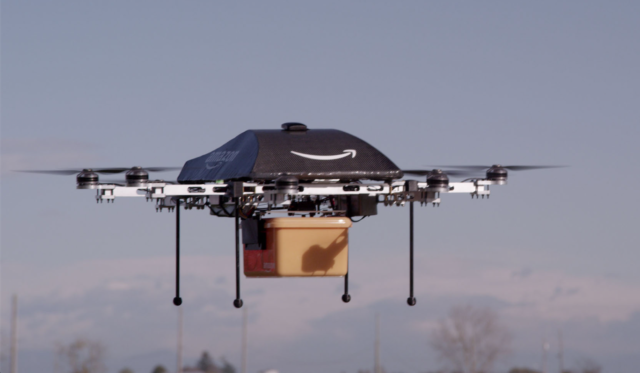 Given the popularity of drones, Canada Post is eyeing these flying vehicles to possibly make deliveries in the future, a spokesman told the Canadian Press.

“We are in a competitive space, especially when it comes to parcel delivery and things like that,” Jon Hamilton, a Canada Post spokesman said in an interview. “We do look into these things,” he added.

But don’t bet on drone deliveries, at least not yet: there are no drone prototypes in the post office laboratory. Actually, at this point the Canada Post seems to just be playing with the idea of drone delivery, as the spokesman characterized the effort as a “paper exercise”.

Amazon and other companies are actively investigating delivery drones, so the Canada Post is considering this emerging tool to address the challenges of delivering more parcels to almost 16 million addresses across Canada.

During the past 250 years a lot has changed in the manner of delivering letters and parcels to Canadians, although the rollout of new delivery methods may have been slower. Thanks to the rapid acceleration of technology, drone mail and parcel deliveries may be closer than some may think.

However, at the moment Canada Post has other things to focus on: it is about to face a legal strike on July 2 as the Canadian Union of Postal Workers initiated a dispute with the Crown Corporation over the wage parity between rural and city postal workers. Canadan Post is also currently focusing on better using its network of 13,000 vehicles and 6,000 post offices to get the job done.