According to the Speedtest Global Index for October 2018, Canada has climbed three spots in the last month to reach the 4th fastest mobile speeds in the world with an average download of 56.37 Mbps. 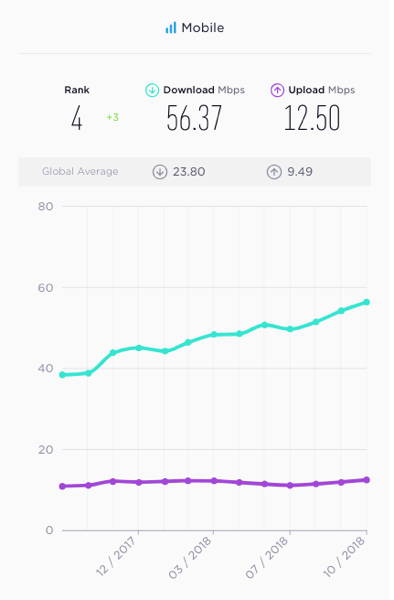 According to Ookla, which ranks mobile and fixed broadband speeds from around the world on a monthly basis, the latest results have been updated mid-month for the previous month. To be ranked in each category, countries must have at least 670 unique user results for mobile and at least 3,333 for fixed broadband. 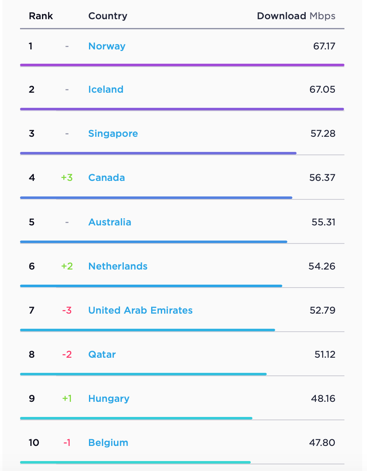 Norway, Iceland, and Singapore continue to maintain their first, second and third spots on the ranking for the month of October, with average download speeds of 67.17 Mbps, 67.05 Mbps, and 57.28 Mbps respectively.

While releasing the first trailer for the Antoine Fuqua-directed historical drama, Apple has today announced that Will Smith’s next film ‘Emancipation' will premiere in theaters on Dec. 2 and will stream on Apple TV+ starting Dec. 9. According to Variety, Apple’s decision to delay the film to 2023 after Smith became embroiled in controversy for slapping...
Usman Qureshi
16 mins ago

Even though Sony's first VR headset took 8 months to sell a million units, the company is betting big on its next-generation PlayStation VR2 headset with an increased production plan, according to Bloomberg. Citing people familiar with the matter, the publication notes that Sony is planning to make 2 million units of the PlayStation VR2...
Usman Qureshi
35 mins ago