Canada: Request a Song on Beats 1 by Calling this Toll Free Number

Hi – In a few hours we turn the show over to you. Hit us w/ your requests for @ilovetmills: http://t.co/9uRuyaRchl #Beats1Requests

For other countries, you can call one of the respective numbers below to request a song: 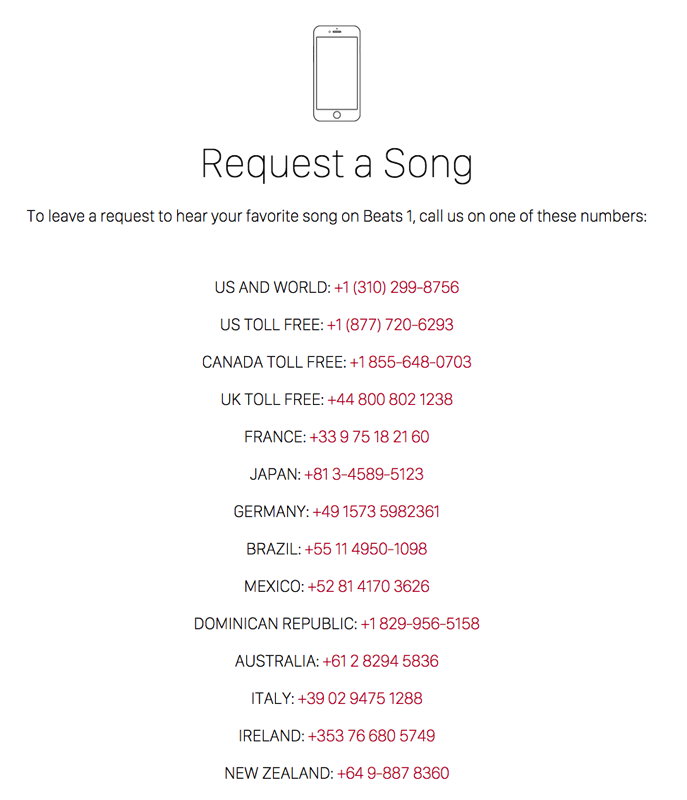 So far, Beats 1 and Apple Music has been pretty awesome, available to everyone as the three month free trial starts today. You can learn how to turn off auto-renew for your membership here.