Tuesday marks the beginning of Canada Road Safety Week across the country, with numerous police forces joining together to make roads safer.

Toronto police, Peel Regional Police, York Regional police and the OPP will be targeting distracted and aggressive driving, along with impaired driving via alcohol or drugs, and failure to wear seat belts, which these dangerous actions dubbed the ‘Big 4’.

Police forces will focus on various routes in the GTA, along with Highways 427, 401, Gardiner Expressway and Don Valley Parkway. 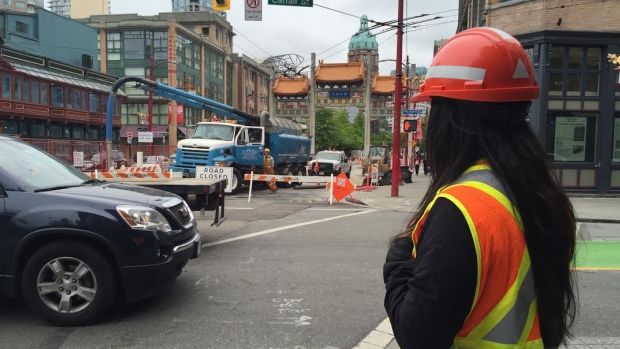 Image via the CBC

Meanwhile in Vancouver, yesterday undercover police offers targeted construction sites posing as flaggers to catch speeders, aggressive drivers and those on cellphones. Just over a week ago, the B.C. government increased distracted driving fines, to start at $543 for first time offences, with subsequent fines increasing substantially.

Canada Road Safety Week, which takes place May 17-23, is sponsored by the Canadian Association of Chiefs of Police (CACP) and Transport Canada, part of Canada’s Road Safety Strategy 2025, aimed at making Canada’s roads the safest in the world by 2025.