City’s Breakfast Television, Canada’s number-one morning show, has just found a brand new way to wake you up i.e a dedicated iOS app, available as a free download in the Canadian App Store for iPhone, iPod touch and iPad. The app lets you take Breakfast Television with you, wherever and whenever, offering features like video on demand, a live stream of the broadcast, a full seven-day weather forecast among others.

“This new app will do everything from wake you up in the morning, allow you to watch the live show on your phone, give you the latest weather forecast or let you catch up on all the best videos from today. It is simple, just select your city once you have downloaded the app to get your favourite local Breakfast Television morning show on your phone!” 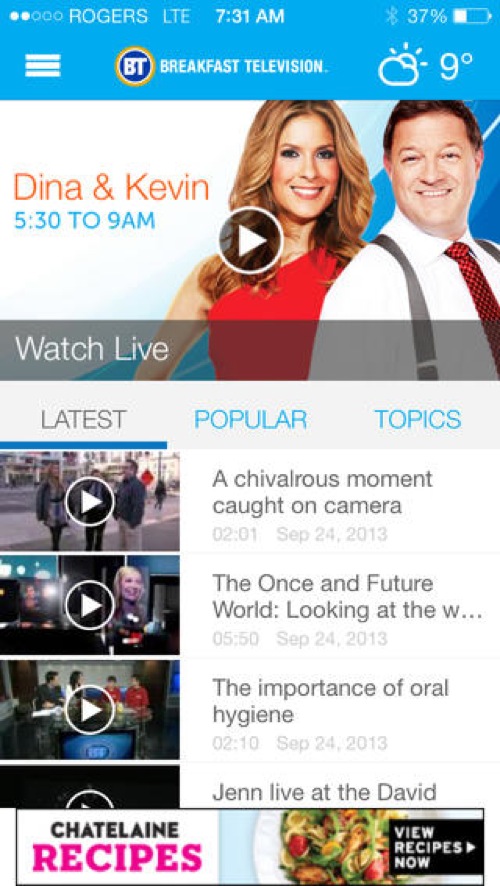 The iOS 7-ready app’s built-in alarm clock will let you wake up with the voices of your favourite BT personalities, as well as easily watch a high-quality, full-screen video stream of Breakfast Television. The app’s social stream lets you stay connected to BT while on the go.

Note: Be sure your phone is not in silent mode (vibrate) or do not disturb mode for the alarm to function following iOS standards.

Also, hit up this link and check out the video of Breakfast Television digital media correspondent Winston Sih giving you an in-depth tour of the new iOS app.