The CRTC recently released its 2018 Communications Monitoring Report and once again, wireless data usage in Canada has remained the lowest as compared to subscribers in most other OECD countries, which according to Michael Geist, is the result of Canada’s uncompetitive wireless sector. 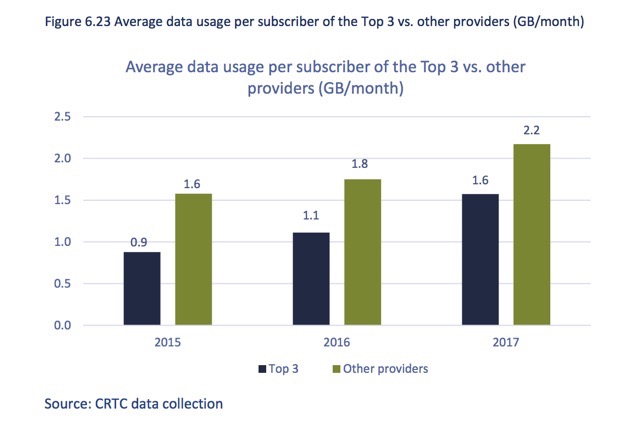 Looking at the latest CRTC data, it seems clear that pricing has a significant impact as data usage, as higher priced data from Canada’s Big three carriers is considerably higher compared to other countries.

Unfortunately, Canadian consumers are being hit with the worst of both worlds: less data use per month than the vast majority of OECD countries alongside over a billion dollars in overage fees. For Innovation, Science and Economic Development Minister Navdeep Bains, the CRTC report is further evidence that “steps in the right direction” have not resulted in significant change, suggesting it is the government’s wireless policy that is in dire need of refresh.

Do you ‘ration’ your wireless data? How much is your data bucket per month?