The Canadian Flag Emoji is Now Available in iOS 8.3–and It’s Glorious [PIC]

Apple released iOS 8.3 today and with it comes a new Emoji keyboard, which features 300 new characters and an easier way to show off the new additions. We performed a test below of the one Emoji we’ve been waiting for—the Canadian flag: 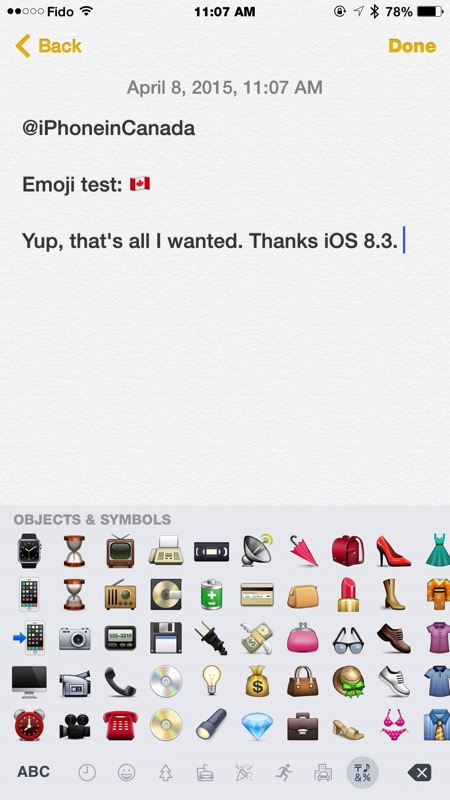 Do note your friends and family can only see these new Emoji if they are running iOS 8.3 as well.

PS – We have updated to iOS 8.3 and so far, no issues with cellular connectivity or stuff like that. Just sayin’.