After released four beta versions of iOS 8.3, the final release for the public is now available. Just go to Settings > General > Software Update and you should see the prompt to download and install. For the iPhone 6 Plus, the update comes in at 291 MB, as seen below: 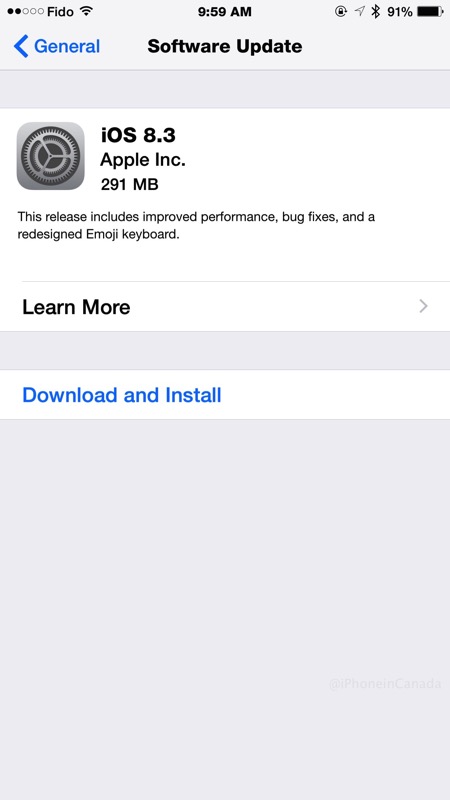 This update brings over 300 new Emojis along with new diverse images, plus new features such as Siri-initiated phone calls will now be on speakerphone. Also new is a wider space bar in Safari, so you no longer will type.like.this.