iPhone X launches tomorrow and line ups have already formed at some Apple Stores in Canada. Apple previously announced retail stores would have limited iPhone X stock at launch and customers were encouraged to “arrive early.”

At the Apple Store in Burnaby, BC, at Metrotown Mall, there were already two people in line as of 6PM PST.

@iPhoneinCanada Metrotown in Burnaby only 2 people lining up. Sidney only had 400 tells me the larger lineups are gone from the glory days.

Moving out east, the Eaton Centre Apple Store in Toronto, had roughly 60 people in line as 9PM EST: 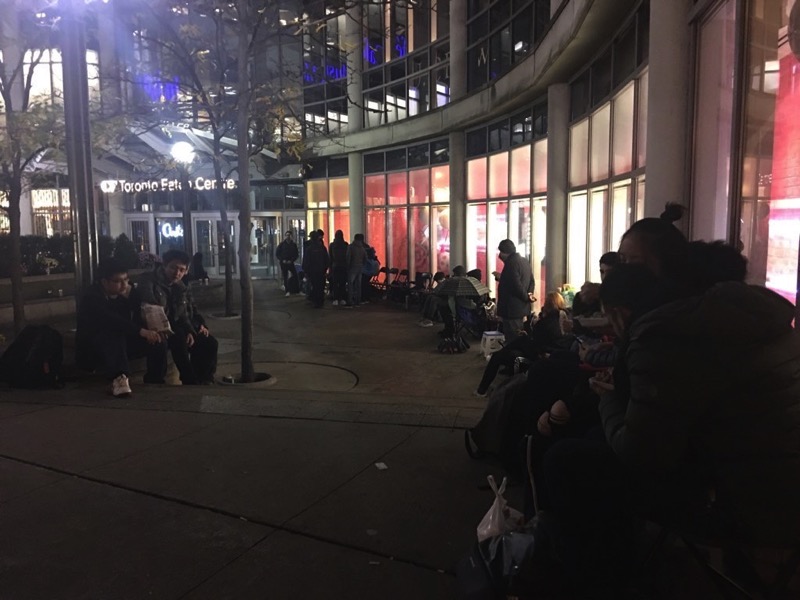 About 60 people in line at eaton centre downtown – all outside right now.

With online pre-orders and Reserve and Pick Up options, waiting in line for an iPhone isn’t as common (or fun!) as it used to be, or even necessary.

Yes At square one (Mississauga) pic.twitter.com/AXiA6NxLiK

Are you waiting in line outside an Apple Store right now? Send us a picture on Twitter (@iPhoneinCanada) and use the hashtag #iPhoneXlineCAN to keep tabs.