According to a recent online poll conducted by Harris-Decima for Rogers, almost 50% of Canadians mobile users have said that they keep their device with them pretty much 24/7. Around 42% of the respondents in the survey said they keep their phone within reach for 90 to 100% of the day, with an average response of 70% of the day, or almost 17 hours. 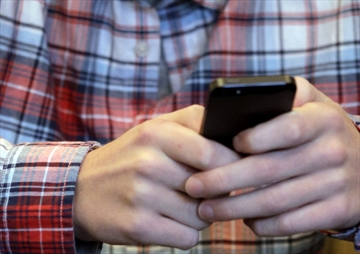 When asked whether they thought mobile communication would replace most of the physical interactions they would have with people within five years’ time, 39% of respondents said they agreed with the idea and the same number disagreed, while 22% weren’t sure.

Nearly 70 per cent of 16- to 29-year-old respondents said they would pull out their device at some point, versus just 23 per cent of those 60 and older. When asked about looking at their phone at work, about one in four said they never do it, a similar number said they do so less often than once every two hours, and nearly half said they check it at least once an hour.

The survey was conducted with 1,009 people between Nov. 21 and Dec. 2. You can read the full report here.