Developed by Jeff Huber and Garrett Spiegel for Standard Cyborg, Capture is a new proof of concept app that lets users create 3D models using the iPhone X’s front camera and laser scanning system, which can then be viewed inside the iPhone app or in an AR setting (via TechCrunch).

3D models created by Capture can also be exported into a USDZ file for use in other applications. According to the app’s developers, who have worked in a number of high-profile vision startups and have raised $2.4 million in funding, the app is actually “a Trojan horse for the company’s other applications” including a programming framework for 3D scanning. 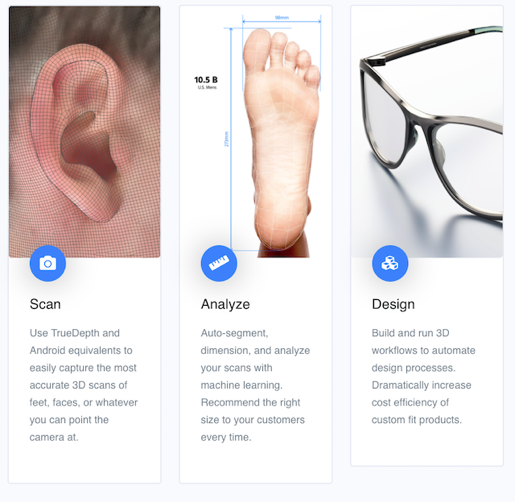 “Standard Cyborg is building the API for the physical world,” said Huber while adding that they are making it easy for developers to build 3D scanning, analysis, and design into their applications

“We are at the bleeding edge – deploying 3D dense reconstruction and point cloud deep learning on mobile devices,” said Huber. “We package up this core technology for developers, abstracting away all the math and GPU acceleration, and giving them superpowers in just 3 lines of code.

Our Capture app is a showcase of our technology that makes it easy for anyone with a FaceID-enabled iPhone to play with the technology and share scans with their friends.”

Capture’s scanning SDK is launching in January and is currently in beta with a few enterprise-level sporting goods companies. You can grab the app and try it out for free using the following App Store link.

Meta is finally making digital collectibles available to everyone on Instagram in Canada, by enabling them to share and display their NFTs on the social media platform. Web3 technologies like blockchain and tokens like NFTs are an important aspect of the economic and community-building potential of the metaverse. Meta says enabling NFTs on its platforms...
Usman Qureshi
2 mins ago

In partnership with the Orange Shirt Society, Meta has announced the launch of a new AR effect on Instagram titled “Orange Shirt Day” to raise awareness about the impact of the residential school system. The effect, developed in collaboration with the National Centre for Truth and Reconciliation (NCTR), is inspired by the experience of residential school...
Usman Qureshi
26 mins ago

Apple has removed The OG App, an ad-free and suggestion-free Instagram client created by a startup called Unf1feed, from the App Store — reports TechCrunch. The iPhone maker explained in a statement to TechCrunch that The OG App was removed earlier this week for violating Instagram owner Meta's terms of use for the service, which in...
Nehal Malik
27 mins ago