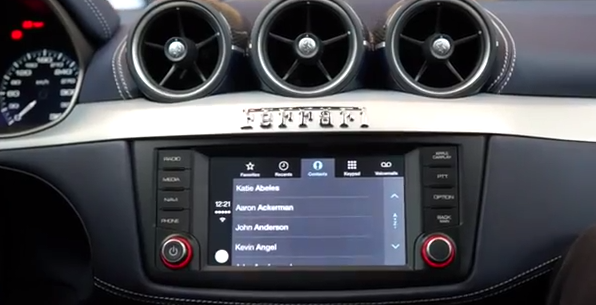 Developers registering for WWDC 2014 early this morning had spotted a Ferrari inside Moscone Center in San Francisco, and the obvious answer was to demo CarPlay.

Want to try CarPlay, get inside this Ferrari. #WWDC pic.twitter.com/5EKIFQgJMo

Canadian Reviewer went hands-on with the $300,000 Ferrari FF and its CarPlay integration, just one of the demo cars on hand to show off the hands-free feature. You can check out their video below:

Earlier this year CarPlay was also shown off inside another Ferrari at the Geneva Auto Show. Apple executive Eddy Cue currently sits on Ferrari’s board of directors, a position he has held since the fall of 2012.