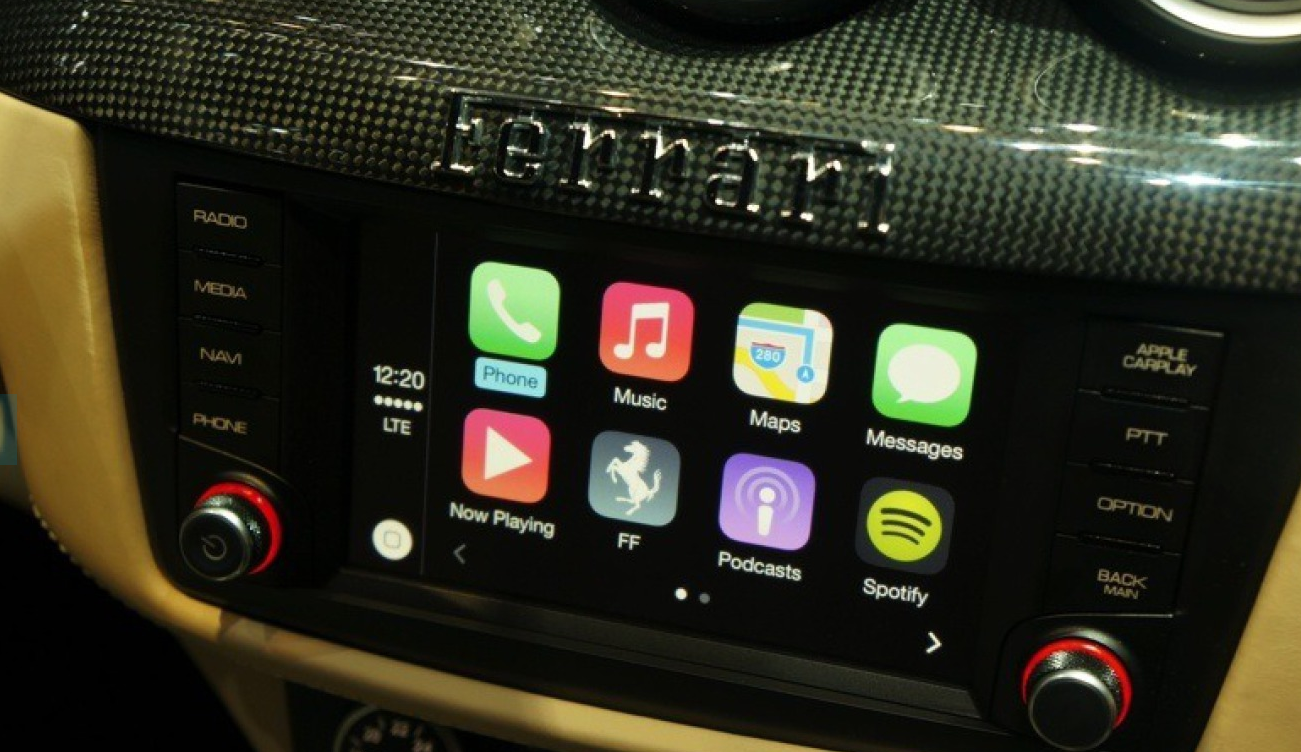 After the introduction of “iOS in the Car” at Apple’s Worldwide Developers Conference last year, the company publicly released a rebranded service called CarPlay. The new service from Apple allows iPhone users to control various aspects of their phone, including calls, messages, and maps, directly from the car’s in-dash displays or using Siri-based voice inputs.

The new in-car interface will launch this week with Ferrari, Mercedes-Benz, and Volvo with other car manufacturers gaining support in the coming weeks and months. Below is an 8 minute walkthrough video of CarPlay in the new Ferrari FF coupe.

The demos at the Geneva Auto Show have shown the service being used while a lighting-based iPhone model is connected directly to the car. However, wireless connections (possibly Bluetooth) are coming from various car manufacturers, including Volvo.

Apple’s Car Play was demoed in the new Mercedes-Benz C-class yesterday, and we also saw a video demo from Volvo which shows off Apple’s new in-car interface in detail.

Today, N4BB has discovered that Apple’s CarPlay service actually runs on top of BlackBerry’s QNX, which is an interest move considering that QNX is a BlackBerry subsidiary. Let us know in the comments below if a car that comes with CarPlay will make you more likely to buy the car.

October is right around the corner and as such, PlayStation has revealed the three new PlayStation Plus games for the month. From Tuesday, October 4th until Monday, October 31st, subscribers can redeem Hot Wheels Unleashed, Injustice 2, and Superhot. For the uninitiated, PlayStation launched a new tiered system to its PlayStation Plus service. Starting at...
Steve Vegvari
24 mins ago