Apple announced its new CarPlay iPhone integration earlier today and we also saw Volvo show off a hands-on video of the new system coming to its XC90 SUV. Now, Mercedes-Benz has also shared images of what CarPlay will look like in its all new C-Class model.

“Two years ago we set a new trend with the integration of the smartphone into our vehicles, and Apple and Google have picked it up,” according to Prof Dr Thomas Weber, Member of the Board of Management of Daimler AG, responsible for Group Research & Mercedes-Benz Cars Development. “We offer our customers an ideal in-car infotainment system. We are constantly developing the connected car with the latest technologies available, so that every Mercedes-Benz driver can use their smartphone in the car in full comfort and safety.” 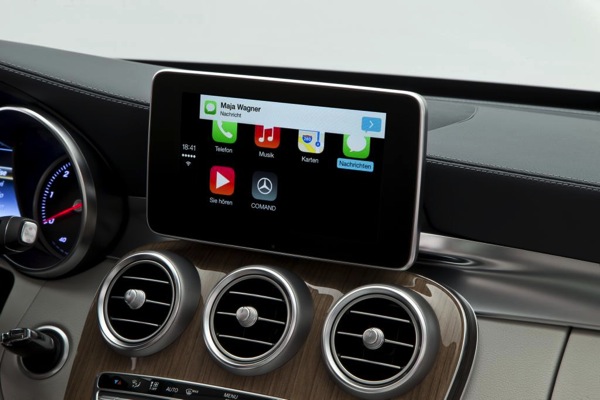 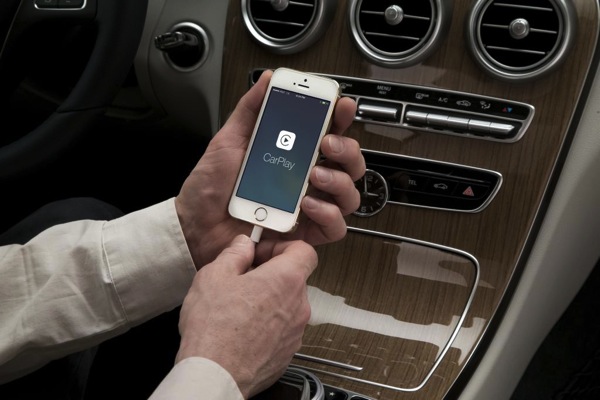 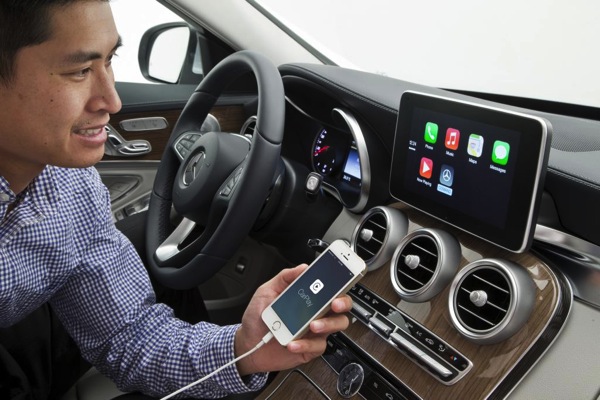 What do you think of CarPlay? This integration by Mercedes-Benz isn’t exactly flush mounted, but rather an afterthought it seems. Let us know what you think in the comments. More images can be seen here.