You Can Now Watch the Premiere of CarPool Karaoke on Apple Music, Feat. Will Smith 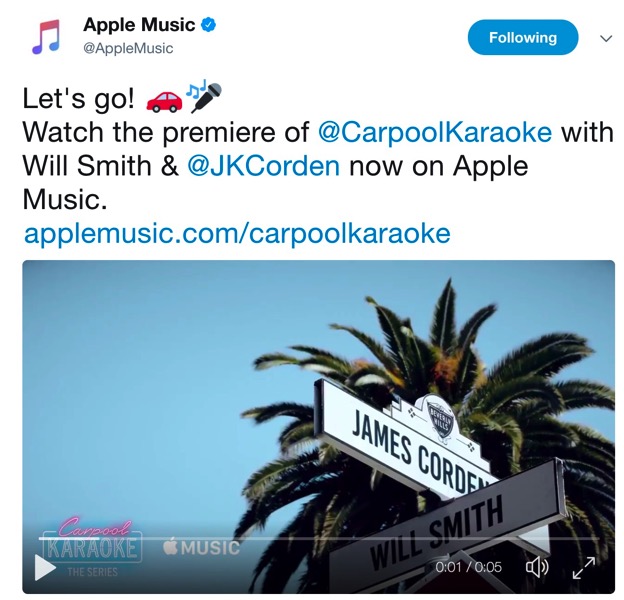 Here’s the description of the 20-minute episode:

Between hilarious duets of Smith’s biggest hits, Corden asks about his career and family…plus, they crash a wedding.

Click here to watch the premiere episode of Carpool Karaoke—you’ll need to be a subscriber of Apple Music.

Google announced an experimental conversational service based on artificial intelligence today, called Bard, confirming what was reported last week. The details of Bard look to compete against the rise of Open AI’s ChatGPT, with the latter’s inventor backed by a $10 billion investment from Microsoft. On Monday, Google CEO Sundar Pichai detailed more about its […]
Gary Ng
26 mins ago